At the 23rd Annual World Congress on Anti-Aging Medicine (Dec. 11-13, 2015) in Las Vegas Dr. Joel Heidelbaugh presented a talk entitled “Examining the Correlation Between Androgen Deficiency and Cardiometabolic Risk”. In the beginning he mentioned that in the last few years many physicians have been over-prescribing testosterone for erectile dysfunction (ED), even just for a complaints of a lack of energy, without first taking blood tests to confirm low testosterone levels. Some of these patients have gone on to develop heart attacks, because coronary artery stenosis likely was the underlying condition to start with. Dr. Heidelbaugh explained that the longer men have ED, the higher the risk of developing a heart attack. Studies have shown that it takes an average of 3 to 5 years for a heart attack to occur after the onset of ED. He explained that the penile artery has a diameter of only 2 to 3 mm while the average diameter of the coronary arteries is 6 to 8 mm. The larger diameter of coronary arteries compared to the diameter of the penile artery is the reason why hardening of the arteries affects the smaller arteries first, causing ED. The closing of the coronary arteries 3 to 5 years later causes heart attacks at that time.

Dr. Heidelbaugh cited a number of trials that showed that co-existing other diseases have clouded some of the testosterone studies, such as obesity, type 2 diabetes, coronary artery disease, high blood pressure, end stage kidney disease and chronic emphysema. On the other hand, often in patients with these diseases low testosterone levels are detected with blood tests.

The following observations regarding testosterone were found in several trials that were cited: 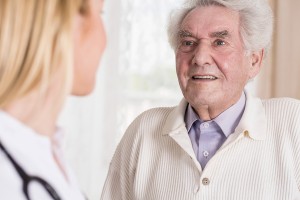