Male menopause, medically also known as andropause is a lot more subtle than menopause in women.

Many men have male potency until late in life. However, there are a significant number of men who get male impotence, also termed “erectile dysfunction” (=ED). This problem usually occurs in middle aged men.

A significant number of these men have low testosterone levels when they are tested as well as increased levels of LH and FSH. It is generally accepted that the reason for this is that the testicles no longer produce enough testosterone. However, there might be a significant number of men who are producing less testosterone due to inhibitory mechanisms of the gonadotropin hormone production at the level of the pituitary gland.

If the man is overweight and has a history of diabetes or hypertension, there is a good chance that this man would suffer from the syndrome of insulin resistance. In this case there is an inhibitory action on the pituitary gland by interfering with cyclic AMP  production, which in turn leads to lower testosterone production. As outlined under this link, this knowledge has some practical implications as the low testosterone in this case is only a symptom, not the cause of the erectile dysfunction. Another factor is that in an obese male estrogen hormones are produced by the fatty tissue, which will weaken the effect of the residual testosterone hormone. The testosterone/estrogen ratio when tested with saliva hormone tests will be below the value of 20 (in younger males this ratio is found to be well above 40). This has some therapeutic implications as we will see below. 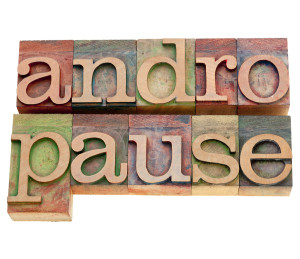 Men with male menopause have often similar psychological symptoms that menopausal women also have such as irritability, a lack of energy, mood changes and depression. Most annoyingly though for them is that their sex life is suffering. There is a diminished sex drive, sexual interests are also diminished, erection problems are more common and erections do not last as long.

Other health problems such as cardiac problems, pulmonary problems like emphysema, hypertension and diabetes have a lot to do with erectile dysfunction.

Medications that can cause erectile dysfunction

It follows from what was said above that all the factors that can be identified, which have a negative bearing on erectile dysfunction, should be treated first. This includes a thorough history and physical examination by your family physician, a review of drugs, alcohol consumption and medications.

Next there should be a life style change, which includes a zone diet program (Ref.1 and 12), a regular brisk walking program and relaxation exercises that could include meditation and hypnosis. Often the change of all of these factors will have a beneficial effect on the hormone balance to the point where within 3 to 4 weeks a normal sexual function returns due to the returning of the normal gonadotropin function (insulin resistance is disappearing).

In recent years an attractive alternative to impotence pills like Viagra has come into the forefront. Testosterone treatment with bioidentical hormone has been found to be safe (Ref.16). Testosterone derives from progesterone and in Ref. 17 estrogen and progesterone combination therapy is suggested rather than testosterone treatment alone, in the sense of an anti-aging approach. This has been reviewed by me in a separate chapter (“Antiaging for women and men“).

More about bioidentical hormone replacement in the male

Viagra might be useful in some patients, if cardiovascular problems allow this and erectile dysfunction is a prominent symptom. Ask your doctor about this who can explain to you why a certain treatment program is required and what the side-effects would be.

Dr. Lee describes in Ref. 18 that testosterone replacement alone is not sufficient for males with erectile dysfunction. Other hormones that interact with testosterone also need to be taken into consideration by doing a salivary hormone test of testosterone, estradiol and progesterone. Similar to the testosterone/estrogen (T/E2) ratio having to be kept above 20 there is a relationship of progesterone to estradiol (P/E2 ratio), which should be kept above 200. Often in the aging male the progesterone production is low, which leads to an unopposed estrogen presence (all measured by saliva hormone tests).

Stress can cause lower progesterone in males

Often not only bioidentical testosterone has to be replaced by an appropriate cream application, but also progesterone through a bioidentical progesterone cream. Some males who are under a lot of stress may require higher progesterone doses as progesterone competes with cortisol at the progesterone receptor level. By balancing these hormones and paying attention to the ratios (T/E2 and P/E2) all of the sex steroid hormones are balanced as they were when he was in his mid 30’s. Apart from bringing his sex life back to normal functioning this will also prevent heart attacks, strokes, arthritis and many cancers.

The fact that testosterone prevents heart attacks and strokes was reviewed recently in a talk at the 23rd Annual World Congress on Anti-Aging Medicine (Dec. 11-13, 2015) in Las Vegas by Dr. Joel Heidelbaugh: https://nethealthbook.com/news/testosterone-treatment-helps-older-males/

3. The Merck Manual: Sexual Dysfunction in Men (thanks to www.merckmanuals.com for this link)

18. John R. Lee: “Hormone Balance for Men – What your Doctor May Not Tell You About Prostate Health and Natural Hormone Supplementation”, © 2003 by Hormones Etc.