1. A Swedish study published in the European Journal of Clinical Nutrition in June 2015 showed that a decreased selenium level when observed over a timespan of 6.8 years was associated with a greater risk of mortality.

449 men and women were enrolled in the study, and selenium levels were measured at the time of enrolment for 98 subjects. Repeat tests were also done after 48 months. There were 122 deaths from all causes including 85 that were due to cardiovascular disease. When the lowest quartile of selenium levels were compared to the subjects with the highest quartile of selenium levels, the low level selenium subjects had a 43% increased risk to die from any cause and a 56% increased risk to die from cardiovascular disease.

This result suggests that supplementation with a moderate amount of selenium will improve the cardiovascular health of the general population that is often found to be deficient in selenium when random blood tests are drawn. A low level supplementation would be 50 micrograms of selenium per day. You can get this supplement at the health food store. Alos, certain foods like chickpeas are a good source of selenium.

2. A second study was published in the Nutritional Journal in October 2015. 70 Danish vegans had their food intake evaluated in comparison to 1,257 omnivorous individuals from the Danish population at large.

The surprising finding was that the vegans were deficient in protein, vitamin D, iodine and selenium intake when the intake was compared to the Nordic Nutrition Recommendations (NNR). On the other hand the intake of added sugar, sodium and fatty acids, including the ratio of polyunsaturated fatty acids to saturated fatty acids, was more favorable among the Danish vegans when compared to the general public in Denmark. The authors concluded that although from a macronutrient point of view the diet of vegans was better than that of the general Danish population, vegans had specific deficiencies in terms of specific vitamins and minerals. In practical terms this would mean that they would benefit from protein, vitamin D3, iodine and selenium supplements. 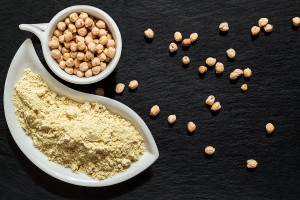 The studies show without any doubt that healthful nutrition is not everything. It certainly is necessary to pay attention to healthy food habits, but in certain diets, like in a vegan diet, deficiencies can develop as this study has shown, unless supplementation fills in the gaps the body will need. Selenium is one of the key trace minerals that is a team player in the prevention of illness, especially heart disease.