Increasing your Steps per day will Decrease Dementia

A new study showed that increasing your steps per day will decrease dementia. This study was originally published in JAMA Neurology on Sept. 6, 2022.

78 ,430 adults in the UK aged 40 to 79 years were recruited between 2013 and 2015. They were followed for 6.9 years. Registry-based dementia was diagnosed through October 2021. The participants had wrist-worn accelerometers that registered daily steps achieved. 866 patients developed dementia. The optimal daily steps were 9826 to prevent dementia. The minimum number of daily steps that still showed a reduction of dementia was 3826.

The relationship between steps performed and dementia reduction was non-linear. Here are the results of the study:

Brisk walk, 112 steps per minute for 30 minutes daily: 62% reduction of dementia over 7 years

The study showed that it mattered if steps were brisk or slower. The brisker the steps, the more effective was dementia prevention. When I exercise in the gym, I set the slope of the treadmill to 4%, the speed at 4.2 miles per hour. With this setting I counted 130 steps per minute and I work out for 30 minutes. This way I surpass the 112 steps per minute of this study and should reduce my risk for dementia by at least 62%.

The best way to reduce dementia

Note that these measurements followed a non-linear line, but they are based on 7 years of data from real people. The last example shows that a brisk walk on a treadmill for 30 minutes had the biggest reduction over a period of 7 years. It only required 112 steps per minute for 30 minutes per day.

Several studies concluded that a Mediterranean diet containing fish was the best prevention against cognitive decline and dementia. Two studies on Age-Related Eye Disease Study (AREDS) and a follow-up study (AREDS2) were the basis for analyzing the effect of nutritional changes on cognitive functioning. In one group higher amounts of fish were part of the Mediterranean diet. The researchers noted significantly slower cognitive decline over 5 and 10 years. Specifically, there was a 98.1% delay in decline of cognitive function.

Deal with other risk factors to prevent dementia

The medical literature pinpointed 12 factors that can all lead to dementia. These factors span from control of blood pressure to using hearing aids for hearing loss. Control of drinking alcohol and avoiding cigarette smoking were key factors for prevention of dementia. Staying active in midlife and later in life was also an important factor. Reducing obesity and preventing diabetes were very important for prevention. Treating depression and avoiding social isolation contributed to prevention of dementia as well. Staying physically active has been long recognized as a key factor. The people who followed most of these recommendations could reduce dementia by 40%. 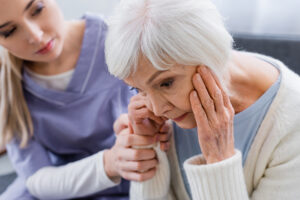 Increasing your Steps per day will Decrease Dementia

Many studies in the past examined various factors that reduced the percentage of dementia. The main topic of this review is how increased steps per day can reduce dementia. But other studies highlighted one group where higher amounts of fish were part of the Mediterranean diet. The researchers noted significantly slower cognitive decline over 5 and 10 years. Specifically, there was a 98.1% delay in decline of cognitive function. Other studies examined 12 risk factors for dementia. When patients attended to most of these factors there was a 40% reduction of dementia. The key is to combine all of what we know (increased steps per day, optimal diet and looking after the other factors) to achieve most for prevention of dementia.