A study showed that higher vitamin D3 leads to better prostate cancer survival. The article appeared in the medical journal Cancer Epidemiology, Biomarkers & Prevention. The Alpha-Tocopherol, Beta-Carotene Cancer Prevention Study was used to zero in on prostate cancer. 1000 subjects in that study had prostate cancer at the time of enrolment. Over the course of the 23-year study just over 360 subjects died from prostate cancer. Serum 25-hydroxyvitamin D levels were obtained at the time of enrolment into the study. The participants of the study also completed food questionnaires. This documented the uptake of vitamin D3 from food.

The authors noted that the finding of their study has important implications. Disease specific mortality, in this case prostate cancer is significantly reduced in the presence of vitamin D3 supplementation. The authors are of the opinion that all prostate cancer sufferers should be put on vitamin D3 supplements to reduce the impact of the disease. 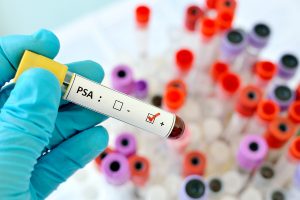