Here are the details of the study published in nature communications. The researchers published this on Nov. 26, 2020. 567 older men (mean age 84 years) living in the community were the study’s participants. To emphasize, the researchers took stool and blood samples to measure the gut flora and vitamin D metabolites. To clArify, only 7.2% of men were vitamin D deficient.

The subjects came from 6 cities in the US. (San Diego, Minneapolis, Palo Alto, Pittsburgh, Portland, and Birmingham). Certainly, the effect of sun exposure on the 25-hydroxy vitamin D level was evident in the San Diego group, but not in the other cities. But there was no difference across sites between the 1,25(OH)2D levels, which is the active form of vitamin D.

92% of men had gut bacteria that belong to the Firmicutes phylum class of bacteria that produce butyrate. Most of these correlated positively with increased levels of 1,25(OH)2D, the active form of vitamin D. 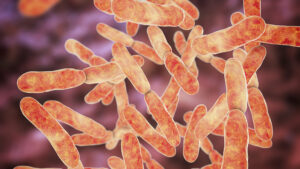 We need to pay attention to our gut flora., as it takes a healthy gut flora for us to stay well. We can take probiotics and avoid unnecessary antibiotics. Avoid tobacco consumption and do not overindulge in alcoholic drinks. These steps are necessary for our health that starts in the gut.