French Fries Are Linked To A Shorter Lifespan

A new study discussed on CNN showed that eating French fries are linked to a shorter lifespan. This article was based on a multinational scientific study released in April 2017.

However the French fry groups had the following mortality rates:

The study only showed a correlation between consumption of fried potatoes and mortality, but the strength is that the observation time was long, namely 8 years. This is a long time, which adds to the reliability of the study.

Discussion of the study

Several theories were put forward why fried potatoes could be dangerous to eat.

Other opinion from Karolinska Institute, Stockholm

Susanna Larsson, an associate professor at the Institute of Environmental Medicine, Karolinska Institute in Stockholm, Sweden, added to the debate. She said that people who eat French fries usually eat more of a Western type diet that includes other unhealthy foods. Collectively this Western diet leads to more premature deaths. 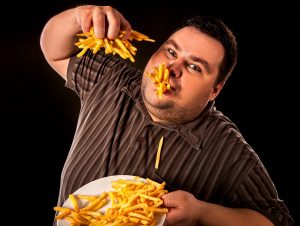 French Fries Are Linked To A Shorter Lifespan

At this point we only know there is an association between consumption of fried potatoes and a higher mortality. The study only found that an increased consumption of French fries is associated with mortality, but it cannot confirm that it caused this. The study also showed that boiled potatoes were safe to eat without an association of increased mortality. It would be safe to conclude that you are better off not to consume deep fried potatoes. If you want to consume potatoes, eat them steamed or boiled, which does not interfere with mortality. There remains a word of caution. Potatoes are a starchy food that will cause a spike in your insulin levels. The starch is transformed into sugar, which is not a health benefit. For this reason a limited intake of potatoes in any form is best for your health.