Cheese And Milk Products Are Not Causing Strokes Or Heart Attacks

A new international meta-analysis states that cheese and milk products are not causing strokes or heart attacks. This goes against the old and persistent belief that dairy products would be harmful to your health because they contain a lot of saturated fatty acids.

This meta-analysis of 29 previous studies came from Reading, Copenhagen University in Denmark and Wageningen University in the Netherlands. The lead author was Ian Givens, a professor of food chain nutrition. Following the analysis Professor Givens stated: ”There’s quite a widespread but mistaken belief among the public that dairy products in general can be bad for you, but that’s a misconception. While it is a widely held belief, our research shows that that’s wrong. There’s been a lot of publicity over the last five to 10 years about how saturated fats increase the risk of cardiovascular disease and a belief has grown up that they must increase the risk, but they don’t.”

The meta-analysis involved 938,465 participants from around the world. Research followed these people over a period of 35 years. Givens found no association between high-fat or low-fat dairy products and high mortality from strokes or heart attacks.

Cheese and milk products are not causing strokes or heart attacks. What is the consequence of the study?

There are a few conclusions as a result of this study. 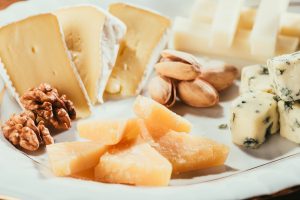 Cheese And Milk Products Are Not Causing Strokes Or Heart Attacks

This is an important meta-analysis due to the fact that it involved 938,465 participants from around the world and spanned over 35 years. It is interesting that the study showed exactly the opposite of what has been postulated for so many years. Up to now the teaching was that overconsumption of saturated fatty acids from dairy products would cause heart attacks and strokes. The study simply states that this is not true. The key investigator, professor Givens adds that the false belief in the past was due to “misconception and mistaken belief”. It means that you can enjoy your favorite cheese, yogurt or glass of milk. It does not give you the go-ahead to overindulge. Portion control is still important due to the caloric content. Just don’t buy fruit yogurt with added sugar. Add some stevia and fruit to plain yoghurt at home and you will eat healthy.