A new study from South Korea showed that cancer risk increases when you drink more alcohol. This study had an unusually high participant rate, more than 4.5 million Koreans. It was published in the JAMA Network Open on August 24, 2022. CNN re-published this as a news story.

Set-up of the study

The study participants were from a Korean National Health Insurance Service. The age of the subjects was 40 years and up. They had participated in a national health screening in 2009 and 2011. Good records were available on their drinking status. The study authors wrote: “In this large cohort study that used repeated measures of alcohol consumption, we found that individuals who increased their alcohol consumption, regardless of their baseline drinking level, had an increased incidence of alcohol-related and all cancers compared with those who sustained their current level of drinking.”

Limits of the study

The authors did not have information about previous alcohol consumption. They only had knowledge about the subjects’ drinking behavior from two national health screenings, which were 2 years apart. They followed people for a total of 7 years. This was not enough to assess long-term changes.

They also did not know about other healthy behavior patterns that were present alongside the reduction in alcohol intake. This could have influenced the risk reduction assessment.

The authors did not discuss enzyme defects in Asian populations that interfere with the breakdown of alcohol. In order to further investigate this, researchers have to include other ethnic groups in future studies.

The US Centers for Disease Control and Prevention stated that alcohol consumption increases the risk of these cancers: mouth and throat, larynx, esophagus, colon and rectum, liver and breast in women.

The American Cancer Society said: “For each of these cancers, the more alcohol you drink, the higher your cancer risk. But for some types of cancer, most notably breast cancer, consuming even small amounts of alcohol can increase risk.”

Here are a few studies that have in the past pointed out that even small amounts of alcohol can cause cancer. 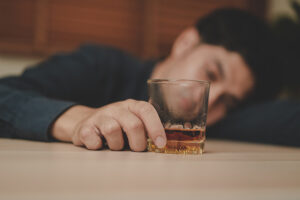 There is more and more evidence that even smaller amounts of alcohol consumption are associated to the development of various cancers like colon cancer, liver cancer, mouth cancer, larynx, breast cancer and esophagus cancer. Even cancer of the pancreas and ovarian cancer are more common among alcohol consumers than those who abstain. The new findings are in stark contrast to the recommendation for women to drink one glass of red wine per day and for men to drink 2 glasses of wine to prevent heart disease.

Some of the older studies that came up with this conclusion may have been biased by the wine industry that sponsored or indirectly supported these studies. There are alternatives, namely to take 500 mg of resveratrol daily instead of daily red wine. It is the bioflavonoids in red wine that support the heart, which is contained in resveratrol. Note that you should drink as little alcohol as possible, if at all. This prevents various cancers and is good for your health in general.