Alcohol is Overlooked as Cancer Cause

The World Heart Federation announced that alcohol is overlooked as cancer cause. This is based on new research where alcohol industry sponsors of previous research were omitted. But the American Heart Association (AHA) finds this conclusion too one-sided. The AHA points out that there are many scientific studies that show some improvement of the opening of the coronary arteries with small amounts of alcohol consumption. An English study showed in 2017 that small amounts of alcohol protected from heart attacks and abstainers had an increased risk of heart attacks.

A 2018 study did a comprehensive review of the impact of alcohol on health and disease.  It came to the conclusion that no amount of alcohol was safe. Also, those who regularly consumed alcohol had a life expectancy of 10 years less than non-drinking individuals. I reviewed this study in detail here.

According to the Lancet comprehensive review the finding was that globally alcohol was the 7th cause of death and disability in 2016. It accounted for 2.2% age-standardised female deaths and 6.8% age-standardised male deaths. For the age group of 15-49 years the leading risk factor was alcohol abuse. It caused 3.8% female deaths and 12.2% male deaths. Alcohol also caused 2.3% female disabilities and 8.9% male disabilities. In the 50 to 95-year age group cancer was a major cause of alcohol-attributable deaths. 27.1% of female deaths were due to alcohol related cancers. With males 18.9% deaths were related to alcohol consumption.

Recommendation based on the Lancet study

The study concluded: “Alcohol use is a leading risk factor for global disease burden and causes substantial health loss. We found that the risk of all-cause mortality, and of cancers specifically, rises with increasing levels of consumption, and the level of consumption that minimises health loss is zero. This means that science overlooked alcohol as a cancer cause. These results suggest that society better look at alcohol control policies worldwide. Authorities need to refocus on efforts to lower overall population-level consumption.” This study was sponsored by the Bill & Melinda Gates Foundation. These were unbiased researchers. However, the wine industry has involvement in many studies that support the use of smaller amounts of alcohol for the protection of heart attacks and strokes. These studies usually do not mention the risk of various cancers developing even with small amounts of alcohol.

What do these studies mean?

The American Heart Association recommended that moderate alcohol consumption prolongs life because it keeps the arteries open longer. This prevents heart attacks and strokes. On the other hand, the comprehensive Lancet study came to this  conclusion. Only 0 % consumption of alcohol is safe for preventing cancer. Alcohol is so much part of our society that it will take years for any change in attitude. Nevertheless it is important to keep one’s alcohol consumption as low as possible to reduce the risk for cancer years down the road. 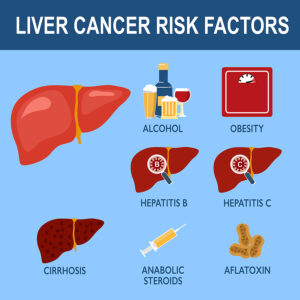 Alcohol Overlooked as Cancer Cause

For years there was the recommendation that consuming small amounts of alcohol would reduce heart attacks and strokes. The recommendation was for women to drink no more than one drink per day and for men to drink no more than two drinks per day. But a recent study published in the Lancet found that no amount of alcohol helped to prevent cancer. Many ignored the long-term dangers of causation of cancer who only studied the effect of alcohol on cardiovascular disease. Your body reacts to alcohol by doing both, causing cancer and in low doses reduce the danger of heart attacks and strokes. So, if you consume alcohol, consume it in moderation the way the American Heart Association said. Less alcohol consumption is better for you.