This article shows that arthritis responds to Glucosamine/ Chondroitin. For years it was said that glucosamine would not work against arthritis. But people knew that when they combined glucosamine with chondroitin it showed effectiveness against arthritis. What is even more astounding is that it reduced the incidence of colorectal and lung cancers. This fact the researchers from the Fred Hutchinson Cancer Research Center, Seattle, WA 98109 werte aware of.

They devised an elaborate double-blind, crossover study to investigate the mechanism behind the beneficial effect of glucosamine/chondroitin on 18 overweight men and women between 20 and 55 years of age.

The first phase was a 28-day cycle of receiving 1200 mg of chondroitin sulfate and 1500 mg of glucosamine chloride per day or a placebo.

There was a collection of blood samples in the beginning of the trial before patients took any supplements, then after each 28-day period. The main inflammatory marker was the C-reactive protein (CRP), but the researchers also tested other inflammatory markers.

Another study in the past had shown that a group of rheumatoid arthritis patients was able to reduce their anti-inflammatory medication by more than 30% when compared to a placebo group. They received supplementation with 2.2 grams of omega-3 fatty acids. 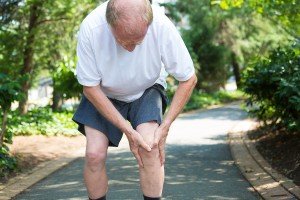 We now know that inflammation is the reason for arthritis. But inflammation is also present with the development of various cancers. Rather than wait until we get into trouble, it is far better to concentrate on prevention. Eat an anti-inflammatory diet like the Mediterranean diet. And take supplements like omega-3 fatty acids and krill oil. Your body will thank you for it with good health.