A study from the Center of Disease Control (CDC) published in February of 2014 analyzed what role added sugar plays in terms of cardiovascular risk. They took the data from the NHANES study, which stands for National Health and Nutrition Examination Survey) and found that the majority (71.4%) consumed 10% or more of their daily calories from added sugar in their diets. There was a minority (10%) in the group who consumed so much added sugar that it accounted for 25% or more of their daily calories consumed. 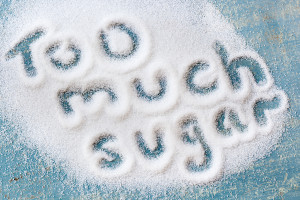 We know from other studies that sugar oxidizes LDL cholesterol, which gets deposited under the lining of arteries leading to heart attacks and strokes.

My conclusion is to continue to cut out sugar and starchy foods (refined carbs) as I have done since 2001 and to stick to vegetables and fruit as a source of complex carbs.