Only about about 50 % of all seizure cases have known causes of epilepsy, the rest has no identifiable cause. These are called “idiopathic epilepsy” or “primary epilepsy”. “Secondary epilepsy” are these cases of epilepsy, where a cause is known. For instance metabolic blood dysbalances such as high blood sugar (from diabetes), low blood sugar (hypoglycemia), high sodium, low calcium, low magnesium or phenylketonuria are all known to cause epilepsy.

Trauma to the brain from difficult deliveries with forceps deliveries or depressed skull fractures later in life can also cause epilepsy (posttraumatic epilepsy). Extremely high blood pressure such as in eclampsia or hypertensive encephalopathy will lead to cerebral edema and epileptic seizures. Brain tumors can lead to an epileptic focus with epilepsy. Associated with a hemorrhagic stroke epileptic seizures are common as well.

Carbon monoxide poisoning leads to oxygen depletion in the brain cells, which is another trigger for epileptic seizures. A high fever such as with a heat stroke or from an acute systemic infection will sensitize the brain cells to discharge their electric charges (lowered seizure threshold) and a generalized epileptic seizure will result.

Certain drugs and chemicals have a seizure inducing quality, such as alcohol (particularly on withdrawal), cocaine, lead, camphor, chloroquine (anti-malaria drug)and strychnine, just to name a few. These chemicals cause epileptic seizures by a direct toxic effect on the brain cells. With alcohol there is a double effect, as with an overdose of alcohol seizure activity can be induced due to toxicity on the brain cells. But when the alcoholic patient is detoxified and alcohol is no longer in the system, the suppressing effect of the alcohol on the brain cells is taken away and the patient might seizure as a result of withdrawal .

Congenital malformations within the CNS can also lead to a tendency for epileptic seizures. 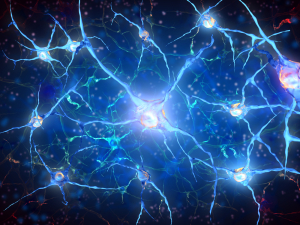 Finally, infections of the brain are an important cause for epileptic seizures. Viral encephalitis or bacterial meningitis are common infectious causes for seizures. Since the AIDS epidemic more and more AIDS virus induced epileptic seizures are seen in hospitals as well. Other infections such as malaria (especially falciparum strains), rabies, toxoplasmosis, neurosyphilis and tetanus can also lead to epileptic seizures.

Despite the myriad of known causes, which makes up only about 50% of all the epilepsy cases, the probability of getting epilepsy is only 1% from birth to the age of 20 years. The frequency of epilepsy rises slowly until it reaches a risk of 3% at the age of 75 years. This is still small compared to the risk of developing a stroke, heart attack or cancer. Most patients have only one type of seizure, but some have two types or even more.