Some of these patients when autopsied have the senile plaques and neurofibrillary tangles typical for Alzheimers disease, others show Lewy bodies at autopsy. But many do not show either and that’s why it is thought that the degenerative brain changes of Parkinson disease itself can be enough reason to develop a dementia.

From a pathological view point it has been shown that there is a more or less linear relationship between the amount of plaques and tangles in the cortex and the associated severity of the degree of dementia.

The degenerative process of Parkinson’s disease that is associated with dopamine deficiency in the nerve cells is also thought to be a reason for the development of dementia in these patients. 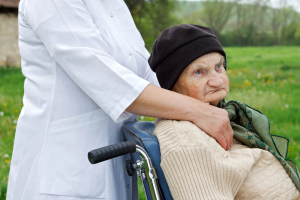