Dyslexia is a primary reading disorder where the person has problems with written language, both in the production (writing) as well as in the understanding of it. This is a complicated area as it involves auditory memory, word finding, speech, naming items etc. Dyslexia tends to run in families, so there seems to be a genetic predisposition. About 15% of public school children need help for reading problems. If the problems persist (and they do in about 50% of these children) they likely have a dyslexia problem. Newer scientific studies have shown that in people with dyslexia there are connection problems between Broca’s area of the brain, where language processing, speech production and comprehension are located, and the other functional areas.

Here is an overview regarding clues that should alarm educators and parents that dyslexia may be present (Ref.7):

*Choppy oral reading*Long or complicated words are mispronounced*Pauses and hesitation in speech pattern*Imprecise language*Very slow learner in terms of reading skills*Spelling that is “disastrous”*Handwriting that is messy*Difficulties reading unknown words (pronunciation)*Problems with reading small function words like “an”, “that”, “in”, etc.*Extreme difficulties learning a foreign language*Unable to finish tests on time*Reading is slow and perceived as “tiring”*Poor performance on multiple choice tests*Family members have problems with reading, writing, foreign languages

These clues have to do with spacial orientation, visualization, problem solving or motor action. Genetic studies with twins have shown that there are several loci on chromosomes 1, 2, 3, 6 and 15 that seem to code for dyslexia. There was a concordance rate of 25% for dizygotic twins and of 75% for monozygotic twins. This supports a genetic cause in at least 50% of dyslexia cases (Refs.3, 7).

Children with dyslexia develop reading problems between the ages of 6 and 9 or during the first to the 4th grade of public school. The more severe dyslexia is, the earlier it gets diagnosed. When the child attempts to read printed material out loud, the child stumbles over certain words. Words are skipped or other words that are not on the page are substituted. Letters or words may be reversed, e.g. “b” instead of “d” or “top” instead of “pot”. Reading comprehension is often limited, when reading out a paragraph with the affected children often being unable to repeat the content in their own words. However, when the teacher reads the paragraph out loud, they often will have no difficulties repeating the content in their own words. Children with dyslexia can be very frustrated by this problem. The may disguise their problem. They may memorize any passages that have to be read out loud and pretend that they are reading this out loud when in reality they are reciting it from memory. Other disorders that often are associated such as ADHD, dysgraphia (difficulties with spelling, hand writing and written expression) or dyscalculia (difficulties with mathematics and problem solving) will add their symptoms.

Tests are aimed at demonstrating “phonologic processing problems”. This tests how the child translates sounds into visual images and how accurately spoken words are translated into writing. Families with a child who is suspected to have dyslexia or the child’s teacher can under the Individuals with Disabilities Act (IDEA) request testing for dyslexia. This US special education law attempts to ensure that children will get individualized teaching according to the identified weaknesses and strengths and that their preferred learning style is taken into consideration. There are a number of test methods for early school children. The Nelson-Denny Reading Test is a standardized test for young adult readers (Ref. 6). 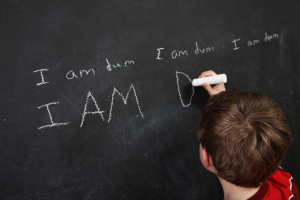 Dyslexia is a lifelong condition. However, with appropriate remedial special training the dyslexic patient can learn functional reading skills and gets through life as any other person.

Those individuals who do not receive this training in time likely will have major problems regarding dyslexia for the rest of their lives. Unfortunately this leads to dropping out of school, lack of secondary training and they tend to end up with below average paying jobs, despite otherwise normal intelligence.

Treatment concentrates on word recognition (phonics skills) and integrating this into a reading program. Whole word recognition is taught and how the sound units form a word and eventually a sentence. Repetition of these methods leads to fluidity. Eventually this can be done automatically as it is in people without dyslexia. Multi sensory approaches include sounds, tactile and visual signals in association with words and sentences. With the latter approach the computer has been a valuable tool.

A number of alternative treatment modalities are not recommended: optometric training, drug treatments and perceptional training.