Ringworm Of The Beard

Ringworm of the beard goes by several other names: “barber’s itch” (thanks to hardinmd.lib.uiowa.edu for this image), tinea barbae medically.

Most infections from shaving are bacterial and are due to folliculitis of the hair follicles. Occasionally though tinea barbae can be due to fungal skin infections and seems to be more common among agricultural workers. Diagnosis is made by fungal scrapings that are stained in special ways. Also, fungal cultures can be set up by the microbiologist in the laboratory. They may take a few weeks to grow and for this reason usually treatment decisions are made clinically.

Usually terbinafine (brand name: Lamisil) 250 mg once per day for 2 to 4 weeks is given depending on the severity of the condition.

If there is a lot of inflammation in the skin of the bearded area, the clinician might decide to add a short course of prednisone in an attempt to prevent scarring in the area. A typical dosis for prednisone is in the range of 30 to 40 mg per day initially and then tapering over a 2 week period.

However, there is a small, but definite side-effect to fear, namely the development in a small number of patients of a softened up hip bone, medically called “osteonecrosis”. This can be devastating when it happens and often requires a total hip replacement. 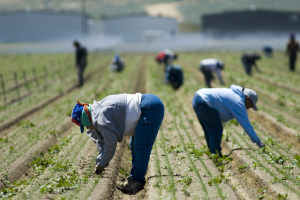 Ringworm Of The Beard (Common Among Agricultural Workers)