Anatomy Of The Esophagus

The anatomy of the esophagus is complex. The esophagus (see esophagus picture here) stretches from the lower pharynx in the upper neck to the upper end of the stomach, just under the diaphragm. Here are some measurements regarding the various parts of the esophagus as they would be found in an average sized male during esophagoscopy.

Some facts about the esophagus

There are some important close anatomic relations to the surrounding tissues: for instance, the upper part of the cervical esophagus is situated behind the larynx (=voice box). The trachea and the aortic arch are placed in front of the lower end of the cervical esophagus. This proximity is so close that the specialist who does the esophagoscopy can see a depression about 23 to 25 cm from the incisors, caused by the aorta, that pulsates with the heart beat. The thoracic esophagus is covered in front by the heart muscle. This proximity is so close that in difficult cases of posterior wall heart attacks esophageal electrodes are used to get a better electrocardiogram recording. 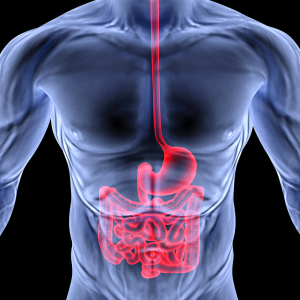 Anatomy Of The Esophagus