In the first place, despite the multitude of various histological types of tumors, there are only so many ways that the brain can respond to giving rise to brain cancer symptoms.

In particular, it can cause the pressure inside the brain to rise. Specifically, this can cause headaches, vomiting and mental changes. Certainly, the immediate site of where the tumor is, determines what neurological problems are the result. Notably, each part in the brain has a certain function. To clarify, all brain cells and nerve fibers are connected with electrical circuits through which a weak electrical impulse travels.

In fact, when this mechanism is interrupted, there can be massive electrical discharges around the tumor , which caused an interruption of insulation material. As a result, this discharge of electricity in the brain is called a focal seizure and if strong enough the brain cannot contain it and it grows into a generalized seizure (grand mal seizure).

It must be remembered that other changes of brain function such as drowsiness, lethargy, changes of personality, as well as behavior changes can occur.  By all means, the details of the presentation of symptoms due to the tumor depend on the exact location of the tumor. For example, if a meningioma is in the frontal lobe of the brain in close proximity to the optic nerve certain partial blindness will result. For instance, sudden blindness should alert the doctor and eye specialist immediately to the possibility of a brain tumor. In this case a neurologist should immediately consult the patient in the hospital.

In particular, a neurological examination likely will show some hidden signs of a brain tumor. To be sure, the physician will order an emergency CT scan or MRI scan, which will locate the tumor. To emphasize, often a neurosurgeon can remove the tumor, if the diagnosis is early enough. Truly, the operative specimen is sent for detailed histological examination by a pathologist. In this case this will show whether all of the tumor has been removed, what type of tumor it was and whether or not it was cancerous. Markedly, meningiomas are mostly benign, but they can in time deteriorate and turn cancerous (malignant). To explain, as they use up space and exert pressure on surrounding structures, meningiomas can have the same effect as astrocytomas, which are malignant type brain tumors (brain cancer). 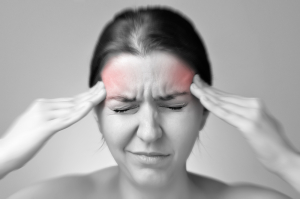 Central herniation is a condition where the buildup of pressure inside the skull has reached such a point that the brain substance is squeezed into the central opening at the bottom of the skull (called by physicians the “foramen magnum”). This leads to a sudden development of a coma associated with fixed pupils in a mid position and an altered breathing pattern. The patient cannot move the limbs anymore as there is an interruption of the long nerve tracts between the brain and the spinal cord due to the central herniation.

This type of patient requires an urgent transportation to the hospital by ambulance. The ambulance driver might already start an infusion with concentrated mannitol solution to reduce the pressure in the brain. The physician will add high doses of corticosteroid to help reduce the swelling. This type of scenario has a very poor prognosis. Hopefully patients learn more and more how to recognize the early signs of a brain tumor. This allows them to see their physician for a thorough work-up. If the physician finds a possible tumor he can arrange for an early referral to a neurosurgeon. Fortunately, brain tumors and cancers are relatively rare.