A clinical trial from the Queen Mary University of London showed that vitamin D3 helps malnourished children.  There were 185 severely malnourished Pakistani children from the ages of 6 months to 58 months that took part in the clinical trial. The children in the trial received a high-energy diet. At two and four weeks they received 200,000 IU (averaged per month at 13,333 IU per day) of vitamin D3 or placebo.

The trial lasted for eight weeks. At the end of the trial the children on vitamin D3 gained 0.57 pounds compared to the placebo group. Notably, there was a surprise finding.  The vitamin D3 group contained fewer numbers of children with delayed motor, language and global development. Finally, the conclusion was that there was significant weight gain in malnourished children with high-dose vitamin D3. In addition, the other surprise finding was that vitamin D3 affects brain development positively.

Other studies that showed beneficial effects of vitamin D in children

A 2017 study stated that in the world there are about one billion children and adults that are severely deficient in vitamin D3. If this deficiency is ignored and not corrected, it seems like a myriad of acute and chronic illnesses result from that. Certainly, this includes preeclampsia, childhood dental caries, autoimmune disorders, infectious diseases, periodontitis, cardiovascular disease, type 2 diabetes, many deadly cancers and neurological disorders.

In this 2018 study from Pakistan the investigators found that many women in Pakistan are deficient for vitamin D. Most noteworthy,  supplementation with enough vitamin D3 eliminates all of the complications in the babies. 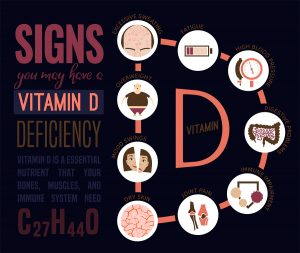