Here are two studies, which found independently from each other that a reduction in cancer rates resulted from taking a simple supplement, vitamin D3.

1. Vitamin D3 supplementation made a big difference in terms of survival in 17,332 cases of cancer that were pooled by researchers from 25 studies. Dr. Hui Wang, professor of the Institute for Nutritional Sciences at the Shanghai Institute for Biological Sciences stated that this study has shown decreased mortality in three different cancer types: breast cancer, colorectal cancer and lymphoma.

Other common cancers like prostate cancer, lung cancer, gastric cancer, leukemia and melanoma did not show significant differences in survival.

Those patients who did not supplement with vitamin D had an average of 13 ng/ml of 25-hydroxy-vitamin D in their blood serum; patients who supplemented with 5,000 IU to 8,000 IU per day had optimal serum levels of 50 to 80 ng/ml.

2. Another publication in the American Journal of Clinical nutrition on September 9, 2015 followed 57,403 postmenopausal women (aged 40 to 65) from 1990 onwards. From 1995 to 2008 the investigators diagnosed 2,482 invasive breast cancers. The researchers also had data from food, vitamin supplements and hormone therapy questionnaires every two years as background information. Women who were taking vitamin D3 and who also were on postmenopausal hormone replacement therapy had an 18% lower risk of developing breast cancer than those who had never supplemented with vitamin D3. This reduction of breast cancer risk was only true in those women who had used hormone replacement therapy. These results are very similar to those from the above study except that the percentage was slightly lower. 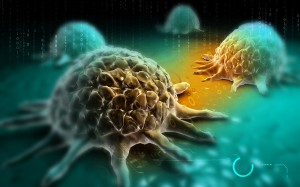