New research showed that vitamin D deficiency is linked to diabetes. This story goes back to a research paper from April 19, 2018 by. The publication comes from a joint group from South Korea and the University of California, San Diego.

903 subjects were part of the study with an average age of 74 years. They were patients at the NIH Lipid Research Center’s clinic between 1997 and 1999. At that time they were free from diabetes. At the first visit the subjects had a glucose blood test and an oral glucose tolerance test. The overall follow-up period was 12 years on average. There were 47 cases of diabetes that developed and 337 cases of pre-diabetes. Prediabetes is the condition where fasting blood sugars are elevated, but not yet in the diabetic range. The research also paid attention to Vitamin D levels at the baseline and during several follow-up visits.

There was a close relationship between low vitamin D blood levels and the occurrence of diabetes. Vitamin D levels conventionally are expressed as 25-hydroxy vitamin D levels. These have the designation in the American literature as ng/ml. The International nomenclature is in nmol/L.

The researchers attempted to show a correlation for prediabetes between higher levels of vitamin D and lower risks of developing diabetes. However, the data did not reach levels of statistical significance.

The body needs vitamin D to absorb calcium and we need it together with vitamin K2 to transport it into the bones. We also need vitamin D to fight infections, which are an inflammation in the body. Our cells need vitamin D for growth. Insulin producing cells in the pancreas have vitamin D receptors that need stimulation to produce adequate amounts of insulin to prevent diabetes. It is no surprise that very low levels of 25-hydroxy vitamin D in the blood (less than 10 ng/ml) had a connection with a high probability of developing diabetes. Prof. Garland was one of the main authors of the study. How much vitamin D3 do we need as a minimum per day? He said that the goal is to bring the 25-hydroxy vitamin D level into the 30 nanograms per milliliter range. According to Prof. Garland you need to take around 3,000 to 5,000 international units of vitamin D3 every day to achieve this. 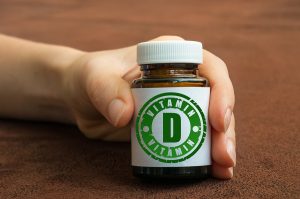 Many other studies have shown that low levels of vitamin D are making us sick with various diseases like heart attacks and osteoporosis. But this study added that diabetes has a striking relationship to low vitamin D levels as well. What makes this study so compelling is the following: the higher the vitamin D levels were in the blood, the less of risk there was of developing diabetes. This linear relationship makes for a very strong case of a high correlation. In addition we know that insulin-producing cells in the pancreas have vitamin D receptors. They need stimulation by vitamin D to produce enough insulin to prevent diabetes. When you think about this in this context, it all makes a lot of sense.