An analysis of 10 randomized clinical trials with 79,055 patients showed that vitamin D can reduce cancer mortality by 13%. Researchers presented these findings at the American Society of Clinical Oncology (ASCO) in Chicago, IL, on June 3, 2019. Specifically, these studies showed that patients on vitamin D supplementation for at least 3 years had a reduction in their the cancer mortality by 13% in those who had a follow-up for 4 years or more. The researchers compared the vitamin D group to a placebo group. When it came to incidence of cancer, there was no improvement by vitamin D supplementation. But a significant reduction of mortality rates by 13% of various cancer types is an important finding.

How significant is the reduction in cancer mortality?

According to the National Cancer Institute an estimated 1,735,350 new cases of cancer were diagnosed in the United States in 2018 and 609,640 people were dying from the disease.

Vitamin D does not prevent cancer 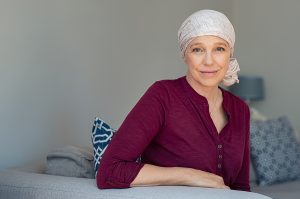 Vitamin D3 is a useful supplement that has anti-inflammatory effects. The latest research presented here showed the following. When researchers followed cancer patients for 4 years or more, vitamin D could reduce mortality by 13% per year. In the US alone where 609,640 patients are dying from cancer every year this means that 79,253 cancer patients could survive when they take vitamin D supplementation. The end effect is that only 530,387 cancer patients will die every year in the US, if they take vitamin D regularly. The researchers were disappointed to note that vitamin D did not prevent cancer significantly, but for vitamin D to be a reduction of mortality by 13% is still an important new finding.