Notably, a new study showed that sexual assault leads to health consequences. It concentrated on a group of women who were sexually assaulted in their teenage years. Specifically, several decades later brain studies showed that they were now developing white matter hyperintensities in the brain tissue. Certainly, these are small spots in the brain depicted on an MRI scan from damages of small blood vessels. Dr. Rebecca Thurston presented her study on Sept. 23, 2021 at the annual meeting of the North American Menopause Society. Dr. Thurston is professor and director of the Women’s Biobehavioral Health Laboratory. This is part of the University of Pittsburgh Graduate School of Public Health.

In this case 145 midlife women took part in the study. They all had MRI brain scans. 68% of the women had physical trauma, with 23% of them this trauma was sexual assault. Dr. Thurston said that the white matter hyperintensities are markers of disruptions in blood flow, which damaged the brain. She said further: “Using brain imaging, we found that women with a history of sexual assault have greater white matter hyperintensities in the brain, which is an indicator of small vessel disease that has been linked to stroke, dementia, cognitive decline and mortality”.

It is important to realize that other studies showed the following observations as a result of sexual assault.

Be open with your physician

For this reason Dr. Thurston mentioned that it is important to share your past history with your healthcare provider. This is particularly so, if you had a sexual assault in the past. She said: “Absolutely share this information with your health care providers. This is not your fault, so please share what you are comfortable with disclosing. It’s important information that has implications for your physical health and your emotional well-being.” Surely, the physician should pay close attention to triglyceride levels, blood pressure and plaque development in arteries. Certainly, monitoring your mood to rule out anxiety and depression is also important. 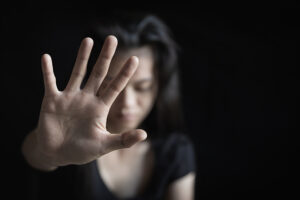 Sexual assault has long-term health implications. We knew about higher triglyceride levels in the blood and high blood pressure developing in midlife. Researchers detected carotid artery plaque formation as one of the delayed effects of sexual assaults. This all can lead to cardiovascular complications later in life. Anxiety and depression are also much more common in sexual assault victims years after the fact. There are new findings that women after sexual assault develop white matter hyperintensities in the brain. These are markers of disruptions in blood flow, which damage the brain.

This means that women with sexual assault in their teens or early twenties should see their doctor during midlife. Dr. Thurston’s research showed that these women would benefit from an MRI scan of the brain in midlife. Let us assume that the MRI scan shows white matter hyperintensities in the brain. This means that these women are at a higher risk of developing cardiovascular disease in the brain and heart. These women require more frequent check-ups to prevent heart attacks and strokes.