SAMe, A Supplement For Depression

A simple nutritional supplement, available in health food stores has been found to be effective in treating patients whose depression was resistant to a selective serotonin reuptake inhibitor (SSRI). The full name of the supplement SAMe is S-adenosylmethionine. Dr. Mathew Bambling from Queensland University, Australia selected 36 patients, of whom 26 were evaluable to do a trial with the supplement. Half the group was put on 800 mg of SAMe. The other half of patients received 1600 mg supplementation.

All of those patients were on the regular prescription of a selective serotonin reuptake inhibitor (SSRI), but in all of them the medication had failed to yield any improvement.

It is of interest, that the response was identical to the higher and to the lower dosage of SAMe: the previous non-responders to SSRI showed an improvement of 35%, which was documented by various tests and questionnaires assessing the depression scores. The commonly used tests are the Beck Depression Inventory, the Outcome Questionnaire 45, and the Quality of Life Scores.

As a result Dr. Bambling’s recommendation is a supplementation of only 800 mg of SAMe, as the higher dose did not give a better response.

It has been known in the past that SAMe is a cofactor in the serotonin pathway in the brain. Serotonin is the “feeling good’” substance, but it is dependent on the absorption of tryptophan through the blood-brain barrier. The next step is the conversion of tryptophan into 5-HTP, and the last step is the conversion into serotonin. This is a fairly involved process, and it does not simply take place without other factors. One can compare it to a well-trained team that plays together. One player in this process is SAMe, the substance mentioned before. Other players are niacinamide, magnesium citrate, methyl B12 and folic acid (Ref.1). 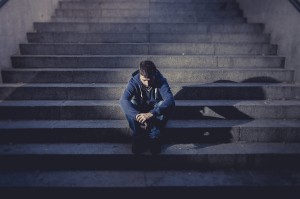 SAMe, A Supplement For Depression

Knowing the complicated conversion mechanism of the essential amino acid tryptophan into serotonin it is understandable that one single co-factor, in this case SAMe can make a difference in stimulating the conversion process. Thirty five percent of patients who received the supplement in addition to the SSRI medication had a measurable antidepressant effect compared to controls that did not receive SAMe.

It is contributing to the wellbeing of those patients suffering of clinical depression who were previously not responding to the antidepressant medication.