Premature labor statistics are scrutinized and report cards are given out to every US state around this time of the year, but also to every country around the world. The March of Dimes, a non-profit fundraiser company has given grades as a continued effort to reduce the prematurity rates in the US. Florida was given a “D” this year, while Georgia was given a “C”.

Premature deliveries are defined as occurring before 37 weeks of pregnancy (3 weeks earlier than the anticipated conception time of 40 weeks).

When the world situation regarding prematurity is considered, there are countries that are much worse off than the US.

But when European, Canadian, Australian and Russian figures are compared to the US, there is a marked difference of statistics with the US being worse than most European countries. This is readily visible from this world map with color-coded prematurity figures. Less than 10 premature births per 100 births are depicted as green, between 10 and 15 are marked yellow, and more than 15 are depicted as red. Some factors are infections, others obesity, diabetes and smoking. 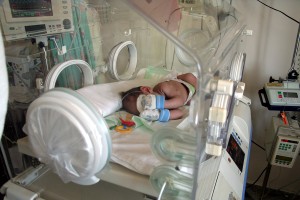 March of Dimes is working tirelessly to help countries achieve improvements to their marks by concentrating on reducing risk factors. One of goals for the mothers is to stop smoking even before a pregnancy begins. Diabetes must be treated vigorously and a balanced diet is of utmost importance to prevent hyperinsulinism, which can cause hypoglycemia in the unborn child. Regular prenatal visits are focusing on these factors.