Omega-3 Good After Heart Attacks And For Hemorrhagic Stroke Prevention

There are two studies that I reviewed; both involve beneficial effects of omega-3 fatty acid supplements.

At the 64th Annual Scientific Session of the American College of Cardiology Dr. Raymond W. Kwong and associates presented a randomized study involving 374 patients who were heart attack survivors. 50% of the patients received 4,000 mg of omega-3 fatty acids, the other 50% placebo pills for six months.

The investigators did blood tests and cardiac imaging tests to follow both groups. The omega-3 group had a 92% increase in omega-3 fatty acid levels and a marker for fibrosis showed much lower values in this group compared to the placebo controls. Magnetic resonance imaging in the beginning and at the end of the trial showed less deterioration in heart function in the omega-3 group when compared to the placebo group. Dr. Kwong commented that omega-3 fatty acids seem to have an anti-inflammatory effect and promote better cardiac healing after a heart attack. He added that this was important, because other anti-inflammatory drugs like corticosteroids and non-steroidal anti-inflammatory drugs (ANSAIDs) have failed to show any positive effects.

The second study comes from Japan’s Tokai University School of Medicine that reported a protective effect of omega-3 supplements against the risk of intracerebral bleeding. Omega-3 contains eicosapentaenoic acid (EPA). This study was published in the March 2015 issue of Nutrition Research.

70 participants who had an intracerebral hemorrhage within 1 to 2 months before the study was started were compared to 66 controls. Plasma EPA, DHA and arachidonic acid (AA) were determined among other things. Detailed food questionnaires were also taken. Intracerebral hemorrhage patients (patients with a hemorrhagic stroke) had a higher diastolic blood pressure than the control group. They also had lower EPA levels, and a lower EPA to AA ratio. When the age group was factored in, it turned out that low EPA was more often found in the age group of 65 years and older. In the past it was known that omega-3 was protective of ischemic stroke. The observation that omega-3 was helping to reduce blood clotting was thought to mean that omega-3 would possibly thin the blood so much that it could increase the risk of hemorrhagic stroke. However, this study is refuting this: the exact opposite is the case, as hemorrhagic stroke was prevented by omega-3 fatty acids. 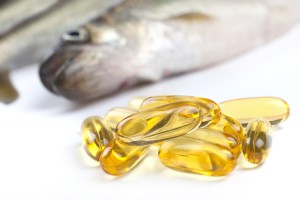 Omega-3 Good After Heart Attacks And For Hemorrhagic Stroke Prevention

Omega-3 fatty acids have been known to be anti-inflammatory in nature and have a wide spectrum of beneficial effects preventing cardiovascular disease, diabetes, arthritis and helping to prevent high blood pressure. Now we can add to this that omega-3 fatty acids are also helping with survival after heart attacks and that they prevent hemorrhagic strokes.