Life Expectancy In The US Drops

The life expectancy in the US drops; but this is for the third year that it has gone down. Dr. Sanjay Gupta explains in this video that there are three factors that are mainly responsible for this: suicides have increased significantly; alcohol abuse has gone up resulting in the deadly liver disease, cirrhosis of the liver. This causes premature deaths. The third cause is drug overdoses that often result in death. There are also differences of life expectancy in different age groups.

Discussion of discrepancy between the US and other developed countries

In the other countries guns are not easily obtainable, so shooting deaths are less common. This has become a problem in the US in the past few decades and the politicians in the US have no appetite to change the gun laws. This goes against the wishes of the population who want automatic guns outlawed.

A poor lifestyle with the consumption of processed food and junk foods is another big factor that leads to chronic illnesses like obesity; type 2 diabetes, fatty liver disease and liver cirrhosis. But it also leads to cardiovascular disease with deaths from heart attacks and strokes.

People need to cut out added refined sugar, processed food and processed red meat. As a result they will lose weight, have less heart attacks, strokes and cancer. This leads to a longer life ex-expectancy.

Add to this alcohol consumption, which introduces another layer of mortality onto the other negative lifestyle factors.

Positive changes that would increase the life expectancy in the US 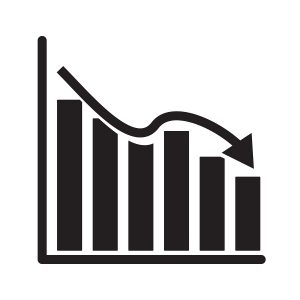 Life Expectancy In The US Drops

There is no reason why the US population should not have the same life expectancy as other industrialized nations. The problem is that people have become accustomed to consume the products of the fast food industry. But this can be changed. Cut out processed food, processed red meat, red meat from feedlots. The feedlots give the cattle antibiotics as a growth stimulator, which changes the consumer’s bowel flora and causes colorectal cancer. Follow the other points I made above and life expectancy will climb. No doctor can fix this, unless consumers take responsibility back into their own hands and follow a healthy lifestyle.