A landmark study from Paris, France came to the conclusion that an inflammatory diet causes high mortality.

The initial trial occurred between 1994 and 2002. This checked whether low dose antioxidants were helpful in improving survival. This trial involved 8089 participants with an average age of 49 years, when they started the trial. The researchers followed the original participants from 1994 to 2007. This is a mean follow-up of 12.4 years. They calculated the dietary Inflammatory Index for each participant. This enabled the researchers to estimate the overall inflammatory potential of the diet.

The goal of the study was to determine the prospective association between an inflammatory diet and mortality.

The study also showed that low dose antioxidant supplementation may alleviate the effects of a pro-inflammatory diet to a certain extent. 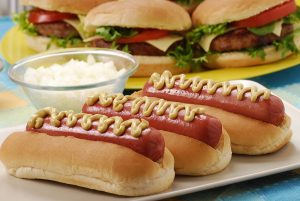 This means we can modify what we eat by concentrating on eating as much fresh food as possible. It is especially necessary to minimize our consumption of processed food and fast food. We also need to incorporate a wide variety of fruits and vegetables into our daily diet. For omega-3 fatty acids we eat salmon (preferably fresh or frozen wild or canned sockeye), sardines (in water or olive oil) and herring. Now you have the essence of a low-inflammatory diet. In addition you can lower your risk of mortality by the supplements mentioned before. These were low dose vitamin C and E, beta-carotene, selenium and zinc.