I am reporting here about a publication that essentially says “inflammation extinguished by omega-3”. Since the mid 1990’s medical researchers knew that chronic inflammation causes a number of diseases. These are heart attacks, strokes, cancer, arthritis, diabetes and many other illnesses. On the other hand researchers know that omega-3 fatty acids from fish oil have anti-inflammatory action. 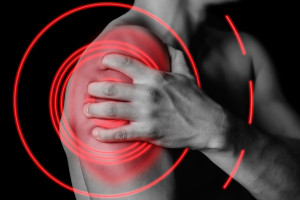 In this context researchers published a significant study in February of 2014 of a metaanalysis of 68 randomized trials. Physicians examined the effects of omega-3 fatty acids on 4601 participants.

The results were that omega-3 fatty acid supplementation lowered CRP and IL-6 markers in all subjects. Chronic non-autoimmune disease (diabetes mellitus, psoriasis, inflammatory bowel disorders, asthma, inflammatory bowel disease) responded better to omega-3 supplementation with a greater reduction of IL-6 and tumor necrosis factor-alpha than the autoimmune group. The control group also experienced lowering of their markers although they were much lower to start with. Contrary to those findings, an obese group with a body mass index of greater than 30.0 showed no change in all three inflammatory markers when omega-3 fish oil capsules had been given.

A subset of patients was examined where omega-3 was derived from fish (no supplements given). These patients showed a decrease in IL-6, but no reduction of CRP or of tumor necrosis factor-alpha.