We do not often hear about gene therapy for diabetes. But there is new evidence, which makes this topic timelier. Dr. Fatima Bosch from the University of Barcelona, Spain has done impressive experiments on mice showing that obesity and diabetes could be cured.

Essentially, Dr. Bosch found that a single gene responsible for producing fibroblast growth factor 21 (FGF21) is capable of curing obesity and diabetes in mice. The gene therapy requires only one injection. The animal continues to produce normal amounts of the fibroblast growth factor 21 (FGF21) hormone. The body produces this hormone normally, which maintains body weight and prevents the development of diabetes. The treated mice reduced their weight to normal and their diabetes disappeared. Their life expectancy was normal while control animals died prematurely. There was no side effect to the treatment.

Based on this research Dr. Bosch went on to do gene experiments on 5 dogs. Dr. Bosch found that there were two genes controlling obesity and diabetes in dogs. She injected two extra genes that together form a glucose sensor. The dogs that received both genes behaved the same way as the mice did. Both obesity and diabetes were cured. But dogs that only received one gene still had problems handling their blood sugar. The researchers could not detect any side-effect to the gene therapy in the treated dogs 4 years later.

Gene therapy for diabetes in humans

Gene therapy in humans is not yet routine. But researchers are in the process of developing it. Here is a review that says that type 1 diabetes can be treated with islet cell transplants.

Another approach is to stimulate stem/progenitor cells of the pancreatic islet cells so that insulin production can normalize.

A new, but similar approach is shaping up for humans with diabetes. Dr. George Gittes, a professor of surgery and pediatrics at the University of Pittsburgh School of Medicine in Pennsylvania, has done experiments with his team that look promising.

The plan is to change alpha cells of the pancreas into insulin producing beta cells. The researchers completed this with a genetic therapy that is somewhat complex. Essentially, the research team found that two genes are responsible in the womb to create beta cells in the pancreas. This process still works in adults with both Pdx1 gene stimulation and the simultaneous stimulation of the MafA gene. These genes code for transformation factors that can reprogram acinar pancreatic cells into beta cells that produce insulin. It is a new concept. Researchers have to work out a few more details to make it successful in humans. In mice this technique has been perfected, and according to researchers these genes are identical in humans. 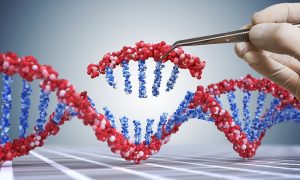 New gene therapy approaches are promising to cure obesity and diabetes. The technology is working in mice and dogs. Now researchers used cell lines of pancreatic tissue to show that acinar cells of the pancreas can change into insulin producing beta cells. In a mouse model this technology worked. The last step is to do human clinical trials to show that this gene therapy is feasible also in humans. It likely will still take a few years before it becomes a routine procedure.