A number of studies showed that exercise curbs cancer. When you exercise earlier in your life it prevents cancer from occurring later in life. Exercise is still useful, if you have developed cancer. Exercise makes your immune system stronger. This helps you to survive longer.

Animal experiments have now shown why this may be the case. The immune system has fighter cells, called natural killer cells (NK). Adrenaline from exercising vigorously will stimulate NK cells. This makes them swarm all around the body.

The muscles in a person exercising release an immune stimulating signaling molecule, called IL-6. This helps the NK cells to find cancer tissue better. There they destroy cancer cells specifically. This newer research explains why patients with various cancers do better when exercising compared to those who remain sessile.

Examples from the literature how exercise curbs cancer

Breast cancer was prevented by 16% in postmenopausal women who exercised, compared to those who did not.

Physical activity during the ages of 14-22 prevented premenopausal breast cancer by 23%. This was compared to those who did not exercise in their youth.

A study from Hong Kong has shown that in elderly Chinese people who exercised regularly there was a 16% lower mortality from cancer. They were doing traditional Chinese exercises and they were compared to those who did not exercise. 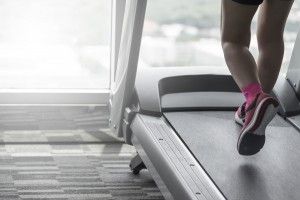 It is easier to work with a mouse model to investigate the effects of exercise on cancer prevention. But there have been a lot of clinical studies showing the same effect as in animal models. Exercise seems to stimulate the immune system. This causes better survivals from cancer. Exercise also leads to prevention of cancer because of the stimulation of the immune system.