A March 2016 study from Great Britain showed that a very-low-calorie diet for 2 months followed by a weight maintenance diet for 6 months could make diabetes reversible through diet.

A total of 30 overweight or obese diabetes patients went on an 8-week very-low-calorie diet of 600-700 calories per day.

12 of these patients, the responders achieved a blood glucose level of less than 7 mmol/L (< 126 mg/dL) and an average weight loss of 14.2 kg. The others were nonresponders. The responders kept their weight stable for 6 months of observation. The HbA1C fell from 7.1% to 5.8% in responders and from 8.4 to 8.0 in nonresponders.

The participants of the study had their diabetes from 8 to 23 years. The 12 responders who had diabetes for less than 8 years were no longer diabetics after the two months of the very-low-calorie diet. As the investigators followed them it became apparent that even after 6 months they no longer were diabetic.

According to Professor Roy Taylor, who is Professor of Medicine and Metabolism at Newcastle University, England, this finding is a breakthrough showing that reversal of diabetes through a strict diet is possible. Professor Taylor noted further: “The study also answered the question that people often ask me – if I lose the weight and keep the weight off, will I stay free of diabetes? The simple answer is yes! ”

Despite the considerable weight loss all of the volunteers remained in the overweight and obesity category. Professor Taylor explained that the weight loss kept the pancreas free of fat and this allowed the internal insulin production to return to normal and help normalize the glucose metabolism so that the patient lost the diagnosis of type 2 diabetes. Professor Taylor added: “The bottom line is that if a person really wants to get rid of their type 2 diabetes, they can lose weight, keep it off and return to normal.” 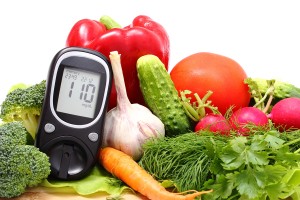 Is diabetes reversible through diet? This experiment with volunteers who all had diabetes showed the following: 40% of them were successful with a short, 2 months very-low-calorie diet to lose some weight and lose the diagnosis of diabetes. The blood sugars and the hemoglobin A1C returned to normal and stayed normal even after a more lenient maintenance diet for 6 months. It shows that lifestyle changes made diabetes reversible through diet and can be as powerful as medicine.