Depression And Low Testosterone In Men

Other factors of interest showed that the study population was more obese than the control group and they were also more sessile (less physical activity). As this study was done at an infertility clinic, there was additional data available. It showed that the study group suffered from more erectile dysfunction, fewer morning erections, decreased libido, sleep disturbances and low energy.

The authors concluded that men with depression, overweight stature and unhealthy lifestyles need to be screened for low testosterone levels, as this seems to be more common than it was previously thought.

2. A Finnish 2014 study also showed that depression was associated with erectile dysfunction. 614 men born in 1945 were enrolled in their study. Erectile dysfunction was assessed with the help of the International Index of Erectile Function questionnaire; the Beck Depression Inventory determined whether or not depression was present. Blood tests were drawn to measure testosterone and sex hormone-binding globulin levels.

The results showed that erectile dysfunction was associated with a 1.67-fold risk of having depression and a 1.72-fold risk of obesity. In this study testosterone levels were not associated with erectile dysfunction. The authors concluded that depressive symptoms rather than testosterone levels should guide the treating physician when treating middle-aged men with erectile problems. 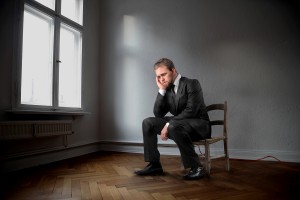 Depression And Low Testosterone In Men

Often the treating physician reassures a depressed male patient that depression may be just due to work problems or relationship problems. Next the patient is sent on his way with a prescription for an anti-depressant. If he is overweight he may be told to lose some weight. But as these studies show, an important factor is missed. It may be a low testosterone level that could be the underlying cause for depression in a middle-aged man. A prescription may be needed, the idea of exercise and weight control is certainly valid, but a requisition for testosterone levels with a blood test should never be overlooked!