Calorie restriction makes you live longer; that’s what a remarkable study with primates showed that took 25 years to complete. Rhesus monkeys that had been fed 30% less calories lived longer than their normal controls without calorie-restriction. Rhesus monkeys are genetically very close to humans, so this type of research is very relevant to us.

Why would investigators lock up rhesus monkeys in cages of the University of Wisconsin-Madison to look for effects of slowing down aging? There are several reasons: the average life expectancy for rhesus monkeys is only 25 years.

As a result you can get answers about longevity three times faster from these animals than from human studies. It is known for some time that calorie-restriction elongates telomeres and the length of telomeres determine how old mammals will turn.

In this particular study researchers took a group of 76 rhesus monkeys, divided them into two groups, one fed 30% fewer calories than they were fed before. The control group was allowed to eat as much as they wanted. The control group had a 78% higher risk of dying prematurely from any cause when compared to the calorie-restricted animals. Age-related mortality was 2.9 times higher in non-restricted monkeys compared to calorie-restricted monkeys.

Dr. Richard Weindruch, a professor of medicine at the School of Medicine and Public Health is hopeful that this type of research will lead to the detection of “drugs or other treatments to slow the onset of disease and death”. This is not the first time a researcher has reported prolongation of life with calorie restriction. This blog describes a 2006 study where both animal experiments were reported and in humans after 6 months of calorie restriction weight loss was significant and insulin levels dropped to lower levels. 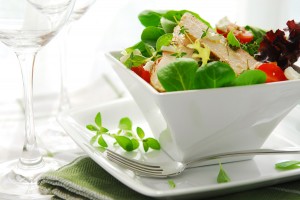 If in the past you have wondered about fasting and whether there could be any health benefits, the answer is clear: yes, calorie restriction works, super-sizing meals certainly does not!

More information is available at Vitamins, Minerals and Supplements where I am reviewing the effect of multiple vitamins on elongation of telomeres and the resulting prolongation of life.