A University of Virginia team found that a blood test for stroke risk could predict a second stroke in the case of ischemic strokes. 85% of all strokes are of this type, which is due to hardening of the arteries. The C-reactive protein (CRP) has been used to monitor whether a person is at risk for a heart attack. The research team has determined that CRP can also be used to monitor stroke patients for the risk of a second stroke.

Dr. Stephen Williams (PhD) and colleagues looked at the genetics and what factors cause high CRP. They found that there was a strong correlation between the genetic factors that increase the CRP values in patients and the risk for a second ischemic stroke.

By determining genetic variations through blood tests Dr. Williams could predict which patients were at a high risk of a second ischemic stroke.

A metaanalysis involving 66,560 participants found that elevated CRP was clearly associated with the risk of an ischemic stroke with a risk ratio of about 1.5-fold. In contrast hemorrhagic strokes showed no association with CRP elevation.

These findings are not new: As far back as in 2002 it was noted that ischemic stroke and CRP were associated.

In a clinical trial with 70 patients half were assigned as a control, the other half was instructed in lifestyle interventions including exercise and healthier food intake. After 2.9 years, the trial was stopped as the interventional group showed much better results than the control group. Blood tests showed that the protective cholesterol (the HDL values) were coming up with exercise, but not in the control group. The CRP values were on their way down, but by the end of the trial it had not quite reached statistical significance.

There have been several trials that used unconventional means in addition to conventional stroke treatment. They are reviewed in detail in this paper.

Omega-3 fatty acids and krill oil are both anti-inflammatory and can reduce CRP values. Folic acid, vitamin B12 and vitamin B6 are helpful in reducing homocysteine that plays a role in ischemic stroke and in heart attacks. One graph of the Hope-2 trial is shown in this paper demonstrating that folic acid, vitamin B12 and vitamin B6 supplementation reduced homocysteine levels. The author is of the opinion that supplements can be very useful in reducing the risk of a recurrent ischemic stroke. Other studies have shown that CRP can be reduced by 44% with the help of supplements. 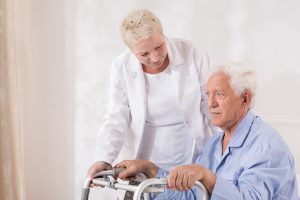 85% of all strokes are ischemic strokes. Although it would be best to work on prevention of ischemic strokes, usually the scenario is that a patient develops an ischemic stroke. It is at this stage that blood tests should be done to determine the CRP level. If it is high, it is time to work on lifestyle changes and to include supplements in addition to the regular stroke treatment. The benefit is that the risk for a second stroke could be cut in half, and if a second stroke occurs, it may not be as severe. CRP is a blood test for stroke risk. Lifestyle changes can reduce the risk and improve the outlook.