An Avocado Compound Can Improve Diabetes

A Guelph research group has detected that an avocado compound can improve diabetes. They isolated avocatin B (AvoB), a fatty acid oxidation inhibitor. Researchers tested this first on mice. They fed mice a high fat diet for 8 weeks; half of them were fed avocatin B, the other half not. Avocatin B improved glucose tolerance and also insulin sensitivity in the treated group. This group also gained less fat than the control group.

Comments of the research team

Nawaz Ahmed, the lead author of the paper said: ”We advocate healthy eating and exercise as solutions to the problem, but that’s difficult for some people. We’ve known this for decades, and obesity and diabetes are still a significant health problem.”

Paul Spagnuolo was a senior researcher from the team. He said that just sitting back without exercise and hoping that eating avocados will help control weight and diabetes would not do it. The amount of avocatin B varies from avocado fruit to avocado fruit. There is incomplete mitochondrial fatty acid oxidation in obese people or people with type 2 diabetes. Regular exercise is necessary together with taking avocatin B to restart oxidizing fatty acids again in the mitochondria.

Other research regarding obesity and diabetes 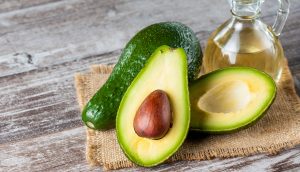 An Avocado Compound Can Improve Diabetes

A research group from Guelph, Ontario detected an avocado compound, called avocatin B. This improved diabetes and fat metabolism in patients with obesity. Recently other research groups have established that incomplete fatty acid oxidation is part of diabetes that is in poor control. Another research group noticed in poorly controlled diabetics who also were obese that they had less mitochondria per muscle cells than controls without diabetes and obesity. They also found incomplete oxidation of fatty acids in the mitochondria and fatty acid deposits in the muscle cells. The Guelph researchers are doing clinical trials with patients to further investigate the effects of avocatin B. They are thinking that this supplement likely normalizes fatty acid oxidation and may help muscle cells to recover lost mitochondria. In the meantime more research about this is necessary.