Yeast infections are very common and mostly harmless, but a nuisance. Physicians use the term “candidiasis” instead of ” yeast infection”. This is so because the offending yeast organism is called “Candida albicans”, the proper Latin designation of the yeast bug, which causes all of the various manifestations of yeast infections as described in this chapter. Candida infection can occur on the skin, on mucous membranes of the mouth, the vagina, the penis, the esophagus, the rectum and of the urinary tract.

There are a few special situations where yeast infections have a unique significance such as in newborns and in pregnant women. Another special situation is in patients with compromised immunity such as in AIDS patients and others. The most severe, life threatening form of candidiasis is when the yeast bugs gets into the blood stream(sepsis), into the peritoneal cavity (peritonitis) or into the cerebrospinal fluid (meningitis). Fortunately these latter severe conditions are rare. In the table above you will find links to separate pages where all of these conditions are described in more detail. 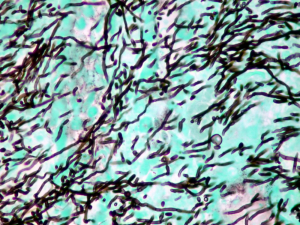