These changes characteristic for ankylosing spondylitis occur even in the earlier disease process and are made more reliable by employing CT scans or MRI scans where more detail can be seen. Typical X-rays of the lumbar spine occur later in the disease and the “bamboo spine” happens only in a few advanced cases of ankylosing spondylitis after about 10 years of the disease (Ref. 2, p. 446).

Psoriatic arthritis and the other spondyloarthropathies have other signs that go along with the disease. For instance, with psoriatic arthritis signs such as psoriasis plaques on the skin and pitting of nails that are typical for psoriasis will often also be present at the same time. With the bowel diseases of Crohn’s disease and ulcerative colitis the other bowel signs are present that have been described under these links.

This is a multifaceted disease where arthritis develops after a genitourinary or gastrointestinal infection. The typical constellation of symptoms is a symptom constellation of urethritis (inflammation of the urethra) or cervicitis (inflammation of the cervical canal), conjunctivitis, mucous membrane and skin lesions as well as arthritis. In the past when it was difficult to detect Chlamydia strains, it was thought that Reiter’s syndrome would be non infectious. However, now the thinking on this has changed.

What is known is that patients who develop Reiter’s syndrome are genetically found to have a high incidence of 70% to 95% of the HLA-B27 tissue antigen. This may make them more susceptible to the strains of bacteria from sexually transmitted diseases or gastrointestinal infections that are found in these patients with more sensitive culture methods. Two major groups of patients have been identified among the Reiter’s syndrome patients. One group are mostly men in the 20 to 40 age group who develop the symptoms following genital infections with Chlamydia trachomatis. Another group where men and women are equally affected is the dysenteric form. This occurs after diarrhea from bacterial enteric infections, likely because of a weakened immune system in association with the HLA-B27 tissue antigen (Ref. 2). Common bacteria associated with the dysenteric form are Shigella, Yersinia, Salmonella, Campylobacter and Chlamydia. 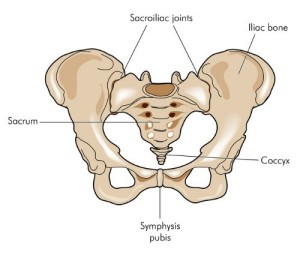 This is the name used to describe that certain infectious diseases develop a concomitant arthritis, but no bacteria can be found in the affected joint. It seems to be like a sympathetic reaction, likely due to immune complexes that react with the affected joints. There is an overlap with the dysenteric form of Reiter’s syndrome. Other serious infections that are associated with reactive arthritis are meningitis, pneumonia with Chlamydia pneumoniae, diarrhea with enterotoxigenic strains of E. coli and AIDS infection (due to HIV virus), just to mention a few examples. Appropriate blood tests and cultures have to be taken in these cases.