What To Know About Multiple Sclerosis

Here is what to know about multiple sclerosis (MS). It is a common neurodegenerative disease. MS affects 2.3 million people worldwide. Women get it more often than males. The exact cause of MS remains unknown. MS can be difficult to diagnose, and as a result the diagnosis is often delayed. There is a wide range in severity of the disease. Vitamin D3 is useful in higher doses to slow down progression of MS.

In the following I will briefly review some major facts regarding MS, which is partially based on this review.

Uncertainty about the cause of MS

We do know that MS belongs into the category of autoimmune diseases. An autoantibody seems to attack the myelin sheaths of nerves in the central nervous system. But there is more to this as was outlined by Dr. Perlmutter. He was a keynote speaker at the 24th Annual World Congress on Anti-Aging Medicine (Dec. 9-11, 2016) in Las Vegas. The following summary about how inflammation in the brain occurs is based on his talk. Here is a brief quote from this link:

“Roundup and the Standard American diet lead to dysbiosis in the gut, which causes leaky gut syndrome. This causes inflammation with the release of cytokines and LPS (lipopolysaccharides) from the gut wall to the blood. These substances cross the blood/brain barrier and lead to inflammation in the brain. This inflammation affects the hippocampus with the classical sign of shrinkage. But Parkinson’s disease, multiple sclerosis, autism in children and Alzheimer’s disease in older people are all caused by chronic inflammation.”

Another cause can be a lack of vitamin D3 as has been found by several investigators. We know that people who live in northern latitudes are at a greater risk for developing MS.

But this is likely just an indirect way of saying people living there do not get enough sun exposure and do not have enough anti-inflammatory vitamin D on board.

We also know that certain lifestyles like cigarette smoking can lead to a higher risk of getting MS.

Women get MS about 2-3 times more often than men. MS can also flare up with pregnancy, which makes a pregnancy difficult to manage. There is a problem with using immune modulatory medication that can be toxic to the fetus.

The fact that women come down with MS more often than men may point to the importance of hormones. Women’s hormones are more difficult to sort out than men’s because women have estrogens, progesterone and traces of testosterone. In contrast men have mostly testosterone and a tiny bit of estrogens. Women have also large fluctuations in their hormones, which lead to monthly periods. In men all this is a lot simpler.

Here is what to know about multiple sclerosis. Women who approach menopause or get into menopause should see a health care provider who knows about bioidentical hormone replacement. It is particularly a lack of progesterone in premenopause and postmenopause that could contribute to getting MS or making existing MS worse. Bioidentical progesterone protects the nervous tissue.

MS can be difficult to diagnose

It is largely based on symptoms. These can include tiredness, bladder and bowel problems, pain, muscle weakness, tremor, problems to swallow and problems with memory. Even blindness can occur. But MS can also mask as depression and anxiety. Many of these symptoms occur in other diseases, which makes it difficult to know whether a patient has MS or is suffering of another disease. An MRI scan of the brain will show characteristic white lesions, which are areas where the myelin sheath has been eroded. This is considered to be fairly specific evidence for a diagnosis of MS.

It has been described that vitamin D3 levels, when obtained from MS patients, are generally low. Vitamin D3 can prevent against MS to a certain degree, so does sun exposure. But you need higher daily amounts of vitamin D3 like 8,000 to 10,000 IU of vitamin D3 per day. Ask your physician to monitor blood levels of 25-hydroxy vitamin D, which will guide you how much vitamin D3 to take. This is discussed further in this blog.

In countries where malnutrition is common, MS occurs more often.

According to Dr. Terry Wahls who is a clinical professor of medicine at the University of Iowa Carver College of Medicine, a diet of vegetables, fruit, meat, no grain, no dairy, no sugar, no corn and no potatoes can control and possibly cure MS. Dr. Wahls herself had severe MS in the past and cured it with the help of this diet!

What to know about multiple sclerosis? Apart from a well balanced diet like the Mediterranean diet it is important to do moderate exercise. This helps to coordinate your muscles and preserve your balance. Refrain from smoking, replace missing hormones with bioidentical ones. Keep your weight in the 21.0 to 23.0 range of the body mass index, which reduces internal inflammatory reactions. Diabetics and obese people have a lot of internal inflammation, which you don’t want when you have MS. There are immunomodulatory MS medications that you can take. But discuss with your family physician what side effects they have. Dr. Wahls advised against them. 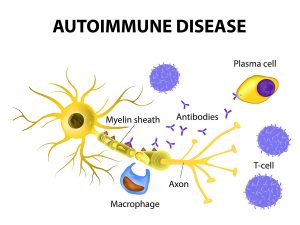 What To Know About Multiple Sclerosis

Conclusion about what to know about multiple sclerosis

What to know about multiple sclerosis? MS is a complicated illness. We do not have all the answers. But a few common sense observations were discussed. Based on this a lot can be achieved by sticking to a well-balanced diet. Add to this regular moderate exercise and other healthy lifestyles like not smoking. Also use higher doses of vitamin D3 daily as this has been shown to improve MS or keep it stable.

As explained, Dr. Perlmutter mentioned at a recent conference that leaky gut syndrome from gut dysbiosis can cause inflammation in the brain, and this inflammation can lead to MS. Eating organic foods and taking probiotics can rebalance your gut bacteria and take care of gut dysbiosis. This will calm down the inflammation in the brain. While not all the answers to this disease are available at this point, a lot can be done to improve the quality of living with a healthy lifestyle.