It is  important to realize that a weak hand grip predicts mortality. This is what a research team led by Dr. Darryl Leong from McMaster University in Hamilton, Ont., Canada found. They studied 139,691 people 35 to 70 years old for four years. They were from 17 various countries representing very different economic and cultural backgrounds. The findings were straightforward. Whoever had a weak maximum grip strength measured with a Jamar dynamometer also had a higher risk of dying from heart disease, stroke or from any kind of disease. Specifically, the study showed that for every five kilograms of grip strength that had declined there was a

Muscles are known to have lots of mitochondria in their cells. These are particles within cells that produce energy. Energy is needed to stay healthy, but also to give muscle strength. We have to remember that a weak hand grip predicts mortality. Grip strength was measured by the Jamar dynamometer in this study, which measures maximum muscle strength in the hand and forearm muscles. I suspect that this likely also measures the overall health condition of the person. When mitochondria do not work optimally, other cells in the body run out of energy, particularly in essential organs like the heart, brain, liver and kidneys. These vital organs have lots of mitochondria in their cells, which provide the necessary energy.

Higher probability of disease and death

Should any of these organs fail, the person is much more prone to a disease and death. This simple test will be very useful for jurisdictions where health care is not immediately available. A physician in such a country could quickly measure the grip strength at his/her office. If a grip strength weakness is present, the physician can start testing the major organ functions. The study showed that there was poor correlation of blood pressure readings to the patients’ health condition. However, the grip strength showed a much better correlation. 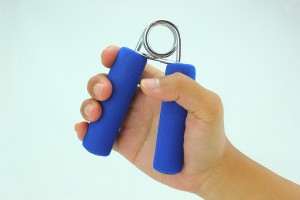 More regarding prevention of heart attack under this link.