Vitamin D increases cancer survival as a study at the University of Edinburgh, England showed: about 1600 patients were operated on for colon cancer and around that time their blood levels for vitamin D were also checked. Professor Malcolm Dunlop, the lead investigator, found that patients with stage II cancer where the tumor was large, but was still confined locally, benefitted most from vitamin D supplementation. After 5 years their survival was 75% when vitamin D blood levels were high. The same stage II colon cancer group that had low blood levels of vitamin D showed a 5-year survival rate of less then 67% (Ref.1).

I recently attended the 22nd Annual World Congress on Anti-Aging Medicine in Las Vegas (Dec. 10-14, 2014) where several talks pointed out that at a certain age when the body’s telomeres have significantly shortened there is a higher risk of developing cancer. Conversely, when a patient has developed cancer, a telomere test of white blood cells often shows extremely short telomeres in these patients. Dr. Harvey Bartnof mentioned in his talk on Dec. 11, 2014 (Telomere Shortening and Modulation: Case Studies From The Clinic) at the 22nd Annual World Congress on Anti-Aging Medicine in Las Vegas that Vitamin D3 stimulates telomerase, which in turn lengthens telomeres. With the knowledge that vitamin D 3 is one of the vitamins together with other supplements and natural factors that prevent cancer, it is worthwhile to use it. It is also useful to not just supplement, but check the Vitamin D3 levels with lab tests (Ref.3). 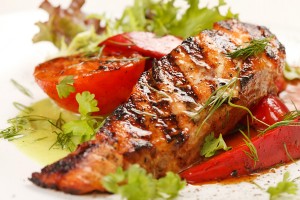