There are so many different reports to show that vitamin D3 deficiency is the cause of many illnesses. And yet, despite a lack of toxicity, people still do not get enough vitamin D3 supplementation. On the other hand, many people have taken liberal amounts of it and in these subjects no toxicity has been found.

A study in the Mayo Clinic Proceedings In April 2015 looked at data collected between 2002 and 2011. There were 20,308 participants who took part in the Rochester Epidemiology Project in Minnesota. 8% of these had vitamin D levels that were greater than 50 ng/ml. Less than 1% were found to have vitamin D levels of more than 100 ng/ml.

Conventional medicine considers levels greater than 50 ng/ml as high (measured as 25-hydroxyvitamin D level), 20 to 50 ng/ml as normal and less than 20 ng/ml as deficient.

Dr. Thomas Thacher of the Mayo Clinic, a co-author of the study pointed out that they did not find any sign of hypercalcemia in the high vitamin D3 group above 50 ng/ml.

Elevated calcium levels, called hypercalcemia can cause kidney stones, weakness and interfere with heart and brain function. It is often cited in connection with high vitamin D3 intake and vitamin D3 toxicity.

What was not mentioned in the study was how much vitamin K2 was consumed. You cannot look at vitamin D3 in an isolated manner, because it is part of the calcium metabolism where calcium is removed from the blood and deposited into the bone where it is stored through the action of vitamin K2. As vitamin K2 removes the calcium from the blood vessels and deposits it into bones, heart attacks and strokes are prevented. I have covered this in a separate blog.

LifeExtension and anti-aging physicians recommend a level of 32 to 100 ng/ml for vitamin D as the reference range and as optimal range 50 to 100 ng/ml of vitamin D, measured as 25-hydroxyvitamin D level. 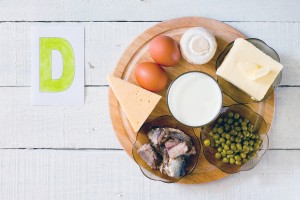 The fear of vitamin D3 toxicity has been preventing doctors from prescribing higher vitamin D3 doses like 4000 to 5000 IU per day and more to their patients when found deficient. Vitamin D3 toxicity has been like a ghost that has lingered around. What is behind this in my opinion is the lack of knowledge of the effects of vitamin K2 that the patient who is supplemented with vitamin D3 should also be receiving. 100 to 200 micrograms of vitamin K2 per day will prevent the system being flooded with calcium as the uptake in the gut and the deposit of calcium in the bone are regulated by these two vitamins and also parathyroid hormone, which is the other player that ensures that calcium toxicity will not develop. It is important to look at the interplay of both supplements: vitamin D3 is not the only player that is needed for health. Vitamin K2 has to be given as well to achieve the benefits for healthy bones, a healthy immune system and healthy blood vessels!