Testosterone Not Only For Sex

Testosterone stimulates a man’s and a woman’s libido but is good for a man’s heart, brain and energy as well; as a result of these facts I entitled this blog “testosterone not only for sex”.

A Japanese study from June 2015 found that testosterone replacement helped those men with low testosterone, nighttime urination and low quality of life scores. The group that was replaced with testosterone experienced improvements in mental health, vitality and also with their sleep pattern, as they had less of a need to get up and urinate during the nighttime.

A 2012 study in Germany involved 5152 men and women (2113 women and 2039 men) aged 20 to 79 and followed people for 10 years. Their cardiovascular death rates were recorded. Men had more heart disease, were more overweight, and had high blood pressure, lipid disorders, metabolic syndrome, and type 2 diabetes mellitus, more so than women did. Men’s mortality risk was 2.05-fold higher than that of women in the same age group. When low-testosterone-level-men were compared to high-testosterone-level-men at the 10 year follow-up point, men with low testosterone had a significantly higher risk to get sick or die. The all cause mortality for low-testosterone-level-men was 82% higher and the heart attack mortality was 125% higher compared to men with normal testosterone levels.

The endocrinologist Sandeep Dhindsa, MD, of Texas Tech University Health Science Center in Odessa, said that he disagreed with the FDA in their previous statement saying that testosterone replacement would not be warranted for older men; he felt that they did not provide a meaningful definition about aging.

In a younger male the normal total testosterone range is 300 ng/dL to 1,000 ng/dL. In elderly men that range should still be around 280 to 450 ng/dL, Dr. Dhindsa said. He added that men with testosterone levels lower than 200 ng/dl should be treated with testosterone regardless of their age.

The Framingham Heart Study found that death rates from heart attacks for men were 18.3% while women’s death rates were only 7.6%. Also, on average men experience their first heart attack 10 years earlier than women do. We know from other studies that it is the women’s hormones (estrogen and progesterone) that protect women from heart attacks. In men it is the hormone testosterone that protects the heart. When women age, they lose progesterone first; some estrogen stays around, even when women go through menopause. With males this is different: their testosterone drops off when they age and particularly after andropause. 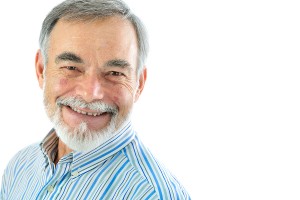 Testosterone Not Only For Sex

I agree with the endocrinologist, Dr. Sandeep Dhindsa that aging men should have their testosterone levels analyzed and if necessary get ongoing testosterone replacements. It will help their general health and prevent erectile dysfunction at the same time. Many anti-aging physicians are of the opinion that bioidentical hormone replacement should be given to women and men on an ongoing basis as normal hormone levels prevent Alzheimer’s disease, osteoporosis, heart problems and premature death from any cause.