A new approach to using stem cells for multiple sclerosis (MS) treatment has been tried at Northwestern University of Chicago. Dr. Richard Burt and colleagues treated the worst form of MS. Physicians call this relapsing-remitting multiple sclerosis. This severe form of MS leads to early disabilities. Dr. Burt’s clinical research group treated 145 patients between 2003 and 2014. The final follow-up occurred in June 2014. Initially they took a bone marrow aspirate from the patients. This served as a source for the later bone marrow transplant. The patients then received cyclophosphamide and alemtuzumab. Alternatively they received cyclophosphamide and thymoglobulin. The intent was to weaken the autoimmune reactions in the body causing MS. Subsequently the researchers administered bone marrow stem cells intravenously.

The research team used various scores to assess patients’ progress. The Expanded Disability Status Scale (EDSS) score assessed the disability status. The Neurologic Rating Scale (NRS) determined the neurological status. The Multiple Sclerosis Functional Composite (MSFC) and a “quality of life” scale assessed general functioning. They also assessed the number of MS lesions on MRI scans of the head. At the 4-year mark the progression-free survival was 87%, which is impressive for cases of treating relapsing-remitting multiple sclerosis. After 2 years the quality of life score had improved from 46 pre-bone marrow transplant to 64. There was a decrease in MS lesions in the brain. Before the bone marrow transplant the volume of the average was 8.57 cubic centimeters. 27 months following the bone marrow transplant the lesion had shrunk on average to 5.74 cubic centimeters. The researchers measured this in 128 patients.

Similar favorable results were also reported from another group, this time in New York: Dr. Sadiq is specializing in treating young people with MS at the Tisch MS Research Center. He developed a method where bone marrow stem cells changed in tissue culture into brain-like stem cells, called neural stem cells. The researchers subsequently injected these into the spinal fluid space through lumbar puncture. The hope is that the insulation material of the nerves that has broken down in MS patients is being produced again. With his first 10 patients he had a response rate of 70% (7 out of 10). This has never been possible in the past. 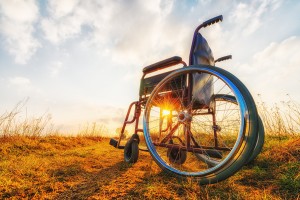 Researchers developed new approaches to treat MS. MS is a chronic neurodegenerative condition that leads to premature disabilities. In the past they thought that a complete obliteration of the bone marrow was necessary. However, this led to a high complication rate from the treatment. Now clinicians use a much lower chemotherapy dosage to treat patients. Subsequently patients receive the bone marrow transplant. With this method the researchers achieved a response rate of progression-free survival of 87%. In younger patients it has been shown that MS can be treated with no chemotherapeutic pretreatment. In this case bone marrow stem cells were modified into neural stem cells. A 70% response rate to this therapy was achieved.