An interesting study from the Aarhus University in Denmark showed that high dose resveratrol could increase bone density significantly in only 16 weeks.

The results were published on Oct. 16, 2014 in the Journal of Clinical Endocrinology & Metabolism.

66 middle-aged obese men with an average age of 49.3 years and a mean body mass index of 33.7 were recruited for this randomized, double blind, placebo-controlled trial. The purpose was to study whether there would be changes in bone turnover markers (LDH, an enzyme involved in bone turnover), but also whether bone mineral density (BMD) would increase.

Resveratrol was given to a high group (1000 mg per day), a low group (150 mg) and a placebo ( fake pills) were given to the third group. The end point was an elevation of the bone alkaline phosphatase (BAP). This was measured in the beginning of the study and at 4, 8 and 16 weeks. The high group of resveratrol had a 16% increase of the BAP throughout the study and a 2.6% in lumbar spine bone density (measured by trabecular volumetric method). MJ Ornstrup, MD, the lead investigator said that this was the first time that a clinical team has proven that resveratrol can potentially be used as an anti-osteoporosis drug in humans. She added that resveratrol appears to stimulate bone-forming cells within the body. 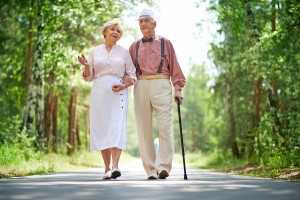 A 2.6% increase in bone density in just 16 weeks is a significant increase. In my opinion the doctor should not only rely on resveratrol in high doses (the 150 mg dose was not effective in 16 weeks) to treat osteoporosis, but one should combine this with other known bone density stimulating agents. Such agents are bioidentical testosterone in males and bioidentical estradiol in females, particularly useful during andropause and menopause. Other useful supplements are vitamin K2 (200 micrograms per day) and vitamin D3 (5000 IU per day) along with 500 to 1000 mg of calcium and 500 to 750 mg of magnesium. In addition regular exercise has been proven to be useful for building up bone, particularly when combined with the above supplements.