Parkinson’s Disease From Some Statins

A recent study showed that you can get Parkinson’s disease from some statins.

This news story is a result of this research paper. Researchers looked at  50 million insurance claim cases, and they identified 22,000 people living with Parkinson’s disease . Of these 2332  had a new diagnosis of  Parkinson’s disease, and  these patients were on statins. The next step was to compare them to a control group of patients who were not on statins.

Another point was the observation of lipophilic statins and their usage over time.

Xuemei Huang, Ph.D., a professor of neurology at Penn State College of Medicine in Hershey, PA was the main author of a study. There was no proof that low cholesterol levels would prevent Parkinson’s disease . Instead, it appears that people have been taking statin prescriptions and noted that they started to get symptoms of Parkinson’s disease, and they stopped taking the medicine. After discontinuing the medication they felt better and the symptoms disappeared. This is compatible with the study of the above named researcher, showing that the use of statins, particularly in the first 2.5 years, had a higher rate of Parkinson’s disease among the patients. In other words: you can get Parkinson’s disease from some statins! 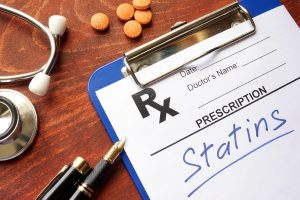 Parkinson’s Disease From Some Statins