A recent pilot clinical trial  showed that an ovarian cancer vaccine worked. 25 patients were part of this study to demonstrate  whether or not there was toxicity regarding the vaccine. Also, the researchers wanted to know whether the vaccine showed any results.

Ovarian cancer diagnosis usually happens only at a later stage of the disease, and at that point it is very difficult to treat. Using combination chemotherapy stage IV ovarian cancer has only a 5-year survival rate of 10%.

The researchers were a team of US and Swiss researchers. They published their results here.

Two-year results that showed that the ovarian cancer vaccine worked

The objective of this pilot study was to check that it was safe to give an individual ovarian cancer vaccine. Also, the question was whether there would be some tangible results. The study met both of these objectives. The 34% better survival data after 2 years were due to the effect of the ovarian cancer vaccine. Now a much larger study is necessary to check out what therapy is the best, whether it is vaccination alone, vaccination in combinations with chemotherapy or chemotherapy alone. Much larger numbers of patients are necessary to determinate this and perhaps a longer observation period as well. Dr. Lana Kandalaft has already indicated that they will organize a much larger follow-up study, where they hope to receive answers to these questions. It appears that immunotherapy will be at least part of the new treatment modality for ovarian cancer. 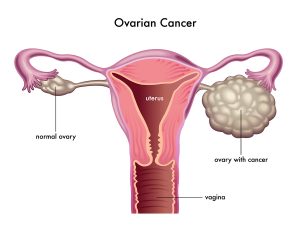