Optimism Is Associated With Longer Life

A new study significantly found that optimism is associated with a longer life. Indeed, optimism is an independent protective factor against chronic diseases and translates into an 11 to 15% longer lifespan in both women and men.

The data is based on two cohorts, 69,744 women from the Nurses’ Health Study (NHS) and 1,429 men from the Veterans Affairs Normative Aging Study (NAS), with follow-up of 10 years (2004 to 2014) and 30 years (1986 to 2016). Psychological tests measured the optimism level of each person. Also, adjustments were necessary to the data for demographics and health conditions. Surprisingly, the researchers found that women with higher optimism levels had a 14.9% longer lifespan. In men findings were similar. Participants with higher versus lower optimism levels had 1.5-fold (women) and 1.7-fold (men) odds of surviving to age 85.

Other studies on health effects of optimism

A research group from Harvard University analyzed the Nurses’ Health Study from 2004 to 2012 with 70,000 women participants with respect to optimistic individuals and negative individuals and their mortality outcome.

Equally important, the researchers compared the most optimistic women to the lowest 25% on the optimistic scale and significant differences emerged over a period of 8 years. Mortalities from the major diseases presented as follows.

Another study took 660 elderly people and asked them whether they would agree that we become less useful as we grow older.

Those who did not agree with this statement eventually outlived the negative participants of the study by 7.5 years. It shows the power of optimism and how this translates into a longer life. 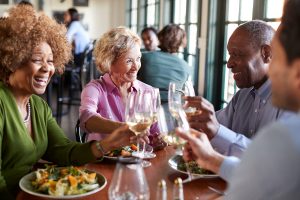 Optimism Is Associated With Longer Life