“A meta-analysis published on Dec. 26, 2019 found that illicit opioid use increased various causes of death. This meta-analysis is based on 124 previously published studies. The results were published in JAMA Psychiatry. The study incorporated results from 28 countries. Opioids caused drug-related deaths, but also deaths from infections, non-communicable diseases, unintentional injuries and suicides.

The JAMA Psychiatry report stated that there was a total of 1 ,262, 592 people in the meta-analysis. The crude mortality rate was 1.6 per 100 person years. The pooled all-cause specific mortality rate was 10 per 100 person years. The findings show that people who use illicit opioids have a significant excess mortality, which could have been largely preventable. The study also showed that men in the study had a much higher mortality than females. In addition, older people had a much higher mortality from opioids than younger people. Excess mortality due to AIDS affected women in particular. In men excess mortality was often due to liver-related mortality.

Comments about the study

Dr. Sarah Larney, lead author of the study pointed out that the number of people who faced car accidents, assaults and other causes of injuries was far greater than the rates in the general population. Suicides among drug users are also much more common than in the broader population. Dr. Larney said: “It’s really clear that although overdose prevention is critical, we also need to look at the range of poor outcomes that people are experiencing, and work to reduce other causes of excess mortality such as suicide, chronic diseases and infectious diseases.” Dr. Larney is a senior research fellow at the University of New South Wales’ National Drug and Alcohol Research Centre in Australia.

Regarding higher mortality among AIDS patients

Regarding the higher mortality among AIDS patients she said: “Another surprise is that we didn’t see any evidence that deaths due to AIDS are getting less over time in this population. In the other population groups living with HIV, deaths due to AIDS are decreasing due to better treatments, and better access to treatments among marginalized populations. People who inject drugs are the only group where we don’t see this,” she said. “People who inject opioids and other drugs who are living with HIV still have very limited access to care, and as a result are dying of treatable chronic disease.”

Dr. Larney noted further that 130 people die every day from opioid overdoses, liver disease, liver cirrhosis and suicide. They have been called “deaths of despair”.

Dr. Larney went on to say: “Mortality from deaths of despair far surpasses anything seen in America since the dawn of the 20th century. ” She went on to say that the recent increase was primarily due to an unprecedented epidemic of drug overdoses. 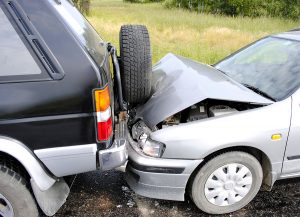 The opioid crisis is killing more people than anybody expects. The reason is that there are deaths not only from drug overdoses, but also deaths from car accidents, from personal injuries and from infections. In addition, there is an interplay between alcohol abuse and drugs leading to liver cirrhosis, which by itself is an important cause of death. 130 people die every day in the US from opioid overdoses, liver disease, liver cirrhosis, and suicide. They have been called “deaths of despair”. Public health authorities need to address this problem and intervene at various ends of this epidemic to help reduce mortality in this high-risk group.