A new study has shown that omega-3 fatty acids reduce heart attack risk. The study was published Sept. 30, 2019 in the Journal of the American Heart Association.

This analysis pooled data and had a total of 127,477 participants. Participants on average were 64 years old, and 60% were males. Their average body mass index was 28, which is in the overweight category. The average observation period was 5 years. The omega-3 fatty acid concentration ranged from 376 to 4,000 milligrams per day, but the average was 850 mg/day. This is considered a medium dose. Omega-3 fatty acid supplementation resulted in 8% less myocardial infarctions, 8% less coronary artery disease deaths and 7% less cardiovascular disease death rates. There was a significant reduction of heart attack deaths, but the risk for strokes remained the same.

Omega-3 fatty acids are essential as building blocks of our cell walls. They help cells produce energy and they are precursors of eicosanoids. These have signalling effects for many body functions including the cardiovascular system. Three types of omega-3 fatty acids exist: alpha-linolenic acid (ALA), eicosapentaenoic acid (EPA) and docosahexaenoic acid (DHA). The body cannot produce ALA, but it is available from foods like soybeans, flaxseed, and canola oil. The liver can metabolize small amounts of DHA and EPA from ALA, but not enough to cover our needs. We have to eat foods that contain DHA and EPA.

DHA and EPA in fish and fish oil

Fish and fish oil are a good source of DHA and EPA, but some algae products contain these omega-3 fatty acids also. But fish do not produce DHA and EPA themselves. They have eaten phytoplankton, which have accumulated micro algae that in turn have produced DHA and EPA. Omega-3 fatty acid supplements can vary in the content of DHA and EPA; check labels carefully.

In the past smaller studies was no detectable effect of omega-3 fatty acids in terms of reduction of cardiovascular disease with moderately high DHA and EPA content. But now the researcher added three large studies to bring the total number of participants to 127,477.The average dose of omega-3 fatty acid supplements was 850 mg/day. The researchers stated that this was only a mid-range dose. In some instances the doses were higher. When the dosage of fish oil consumed was plotted against the mortality from cardiovascular disease, research found a dose-response curve. The researchers summed up their findings: “We found significant protective effects of daily omega-3 supplementation against most [cardiovascular disease] outcome risks, and the associations appeared to be in a dose response manner”.

Researchers found an 8% reduction of cardiovascular disease mortality within 5 years of using 850 mg/day of fish oil supplementation. In some instances, when participants took higher doses, the reduction in mortality from heart attacks was even greater than 8%. 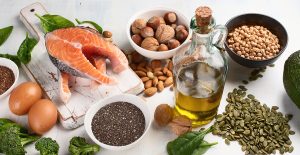 A newer larger study has found that there is an 8% lower cardiovascular mortality after using 850 mg of fish oil per day over 5 years. Previous studies could not show such results, as the numbers of participants were too low. This study had more than 60% more participants than previously. The researchers had a few participants who had taken higher amounts of fish oil and the decrease in cardiovascular mortality was even more significant. There also was a dose-response curve between the daily amount of fish oil supplements and the reduction of heart attacks. Molecularly distilled fish oil capsules significantly reduced the mortality in those who took the supplements.